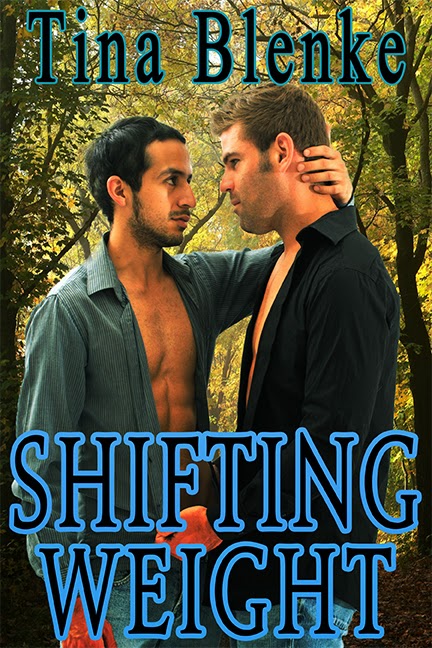 Author Bio: Tina is a retired Air Force brat and has lived in several states as well as a handful of countries. She has always had a soft spot for literature and is a voracious reader. When she isn’t writing, she can be found cuddled up with a good book. Though Tina adores a thrilling novel with sappy lovesick heroes, she is terrified of things that go bump in the night. This makes for quite a complicated relationship with zombies, something that she just can’t get enough of.
Author Contact:
Facebook: https://www.facebook.com/pages/Tina-Blenke-Author/487878157926041?ref=hl
Twitter: https://twitter.com/tinablenke
LinkedIn: Tina Blenke
Instagram: tinablenke
Wordpress: http://tinablenke.wordpress.com/
Website: http://tinablenke.wix.com/author
Tumblr: tinablenke
Publisher: eXtasy Books
Cover Artist: Latisha Waters
Blurb(s):
Jason is a West Coast wolf Shifter who leaves his native Pack Lands to search for his destined mate. When he finds the large muscled man working out a local gym, Jason is ecstatic and apprehensive. Eric is a Changeless human and there are tense sides to the politically heated debate around the integration of Shifters and Changeless. Jason is at risk of losing control of his wolf without bonding with his destined mate. But, will Eric accept that Jason is a Shifter? And can Eric trust Jason after his heart has been left shattered from a previously failed relationship.

Excerpt:
Jason allowed himself to run that night. Elation filled him making it easier to relax and allow his wolf to flow into his mind and body. The shift was seamless, years of transitioning helped his wolf to take control in under a few painless minutes. Jason knew of wolves who could never shift because the pain was so intense. It was unknown what the cause was but some insisted that it was because the Shifter’s true mate had never been found and the man could not control the beast inside of him.
The old wives’ tale had haunted Jason especially as years passed without locating his mate. Now that he knew Eric existed, it was one less thing to worry about. Now he could focus on worrying about Eric finding out he was a Shifter. Eric’s acceptance. If the two would find love and happiness despite fate playing a factor, then, and only then, could Jason think about starting a family with Eric. Maybe he was jumping the gun, but he had always wanted a man to love and a family to care for. Was it too much to want? Shouldn’t he be satisfied with finding a mate? All of this thinking and stress was weighing him down. Yes, he had found his mate, but would Eric want Jason?
His legs pumped harder as he made his way across hills and through forests with large trees reaching up towards the skies. It was not the familiar woods of his home on the Pack Lands but it felt good to stretch his limbs, pull deep pulls of fresh air into his lungs, and feel the wind tickling through his fur all over his body. With a grin, he imagined his large bear of a mate with sexual wants that matched his own.


Rafflecopter Prize: E-copy of Shifting Weight and a gift certificate