For eight years, Liam has been trapped underground in The Colony—a sanctuary so determined to stay hidden it forbids anyone from leaving once they’ve entered. His only hope of returning home rests on his best friend Riley who, on the eve of their escape, slipped into a coma.

Despite staggering debt, vengeful mutants and bounty hunters, Liam continues a seemingly never-ending quest for a cure to end Riley’s unnatural five-year sleep. Every night, Liam stares at the listless man who not only holds his escape, but his heart. The suffering can end, however; Liam must only forsake all hope of ever returning home again, abandon Riley to his fate, and wholeheartedly serve as a soldier for The Colony—the very people he’s trying to escape.

Live the life within his reach, or continue chasing the one just beyond his grasp? He need only submit. 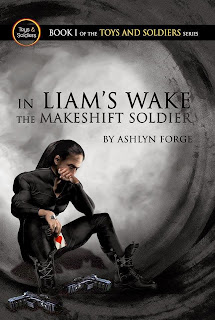 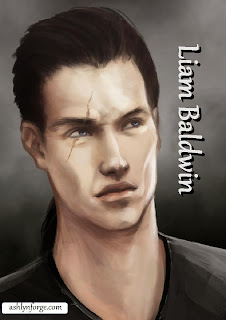 In the large hall crowded with people in black, Liam stood out in gray. That’s how he felt: like a phony among genuine hopefuls. He was anxious to get this charade over with.

“All gambling is a secret wish for destruction. Every day you step into the ring, knowing you might not get out. You take a risk.”

“Life is a struggle. It’s just as hard as, if not harder than, the blood sports you participate in. If you really want to tempt fate, you should try actually playing the cards you’ve been dealt for once.”

“He’s the worst one. He wants to get outta here so badly he’d roll anyone under the bus to do it. And he’s never the one who gets hurt—it’s just everybody else around him. And he tells me he’s not into guys, and I believed him, but that was a fucking lie too.” (Riley about Liam)

“Liam? Normal and rational aren’t two words I’d use for him, ever.”

“From the very beginning, you’ve been trying to undo something you can’t. It’s what you always do. It’s what you always did. You’d walk around with your head in the clouds, dreaming of something more than what you’ve got in your hands, when what you have is so fucking good already. This isn’t what I want for you. What I feel for you is so strong, but I can’t waste any more time, and you shouldn’t either. “ – Riley.

“Every read from [Liam] says he doesn’t want to hurt anyone; his emotions say it, his thoughts say it.”

“So why did you find yourself at knifepoint...? Because that’s the thing about people like him—they really believe that what they’re doing is good and right. They never set out to hurt anyone.”
“I think it must be luck. You should be in the grave ten times over. You live on the edge in hopes of one day falling off, yet you continue to thrive. Rather than faith, isn’t that just dumb luck?”

“Lissten Outssider, we imps love prey that’ss riddled with pain. And you are that. You are one who doesn’t ssttand sstill and wait for the reeaper to take your head. You beckon deatthh, you tauntt it to come. That tthinking is a ssicknesss, and it hass brought you to the doorsstep of an imp...” 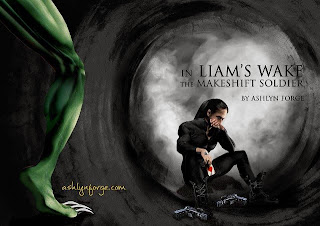 Ashlyn Forge Bio
Ashlyn Forge spends most of her days self-editing, writing, and editing. Her love of storytelling, and the imagination in general, has put her in an on-and-off relationship with Writing for a number of years. She is particularly drawn to anything resulting in blurred lines between magic and science, as is evident in the surreal world of her Toys and Soldiers series. Her literary ambition in life is to see one, if not all, volumes of the Toys and Soldiers Series tucked neatly under everyone’s pillow. If it were not for the discordant jumble of ideas clamoring for attention in her head, she would also take up crocheting.