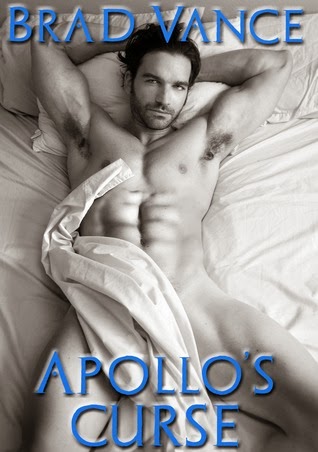 Author Bio: Brad Vance is a popular author of gay romances, including the best selling novel, "Given the Circumstances." He blogs at http://bradvanceerotica.wordpress.com, and can be reached at BradVanceErotica@Gmail.com.

Blurb(s): All Dane Gale ever wanted was to be a successful writer.  After a few sessions with his new friends Rose and Sherry at a romance book club, well, the more romances they read, the more they’re convinced they can do better.  And do they ever!  They join their creative forces to become “Pamela Clarice,” self-published romance novelist.  When they look for a cover model for their first book, Dane sees the photos that will change his life.
Paul Musegetes is the world’s most popular romance cover model, and the most secretive.  Dane soon finds himself obsessed with this supernaturally handsome man, and when he meets Paul at the Romance Writers’ Ball on the Summer Solstice, he and Paul connect for one night of passion…
After that night, Dane's a writing machine.  He can’t stop writing romances, and every story he touches turns to gold.  But he also finds that he can’t write anything but romances. And soon he's spending every waking moment of every day writing another after another...
Then Dane finds out that this Midas touch has a heavy price.  After the next Summer Solstice, he’ll never write again.  Not a romance, not a serious novel.  Nothing.  Not even a grocery list.  And that leaves him with only one option – find Paul, and get him to break the curse.  But before he can do that, he’ll have to track down Paul’s equally mysterious photographer, Jackson da Vinci…

Excerpt:
It wasn’t hard to find Paul again.  And to find the “other images with this model” link.  And click.  And click.  And blow up my browser window to 200%, so that when I zoomed the photos, his face, then his eyes, filled my screen.
And what surprised me was that there were not only so many images of him, but that he could be so many different men in so many different pictures, different settings – he was the tender lover with the rose, the snarling Viking, the cool guy in a band, the Miami Beach tool, the shifter/werewolf, the business man, the college kid, the gym rat, the outdoorsman, the poet, the drill sergeant, the soccer player, the swimmer…  As I looked at each picture, I was totally convinced that I was looking at the real man, that that was who he really was…until I looked at the next.
And yet, always, he was clearly recognizably himself – Paul.  It was those eyes, reminding you that he was in there, somewhere, behind the image, and you’d never know which one he really was, he was all of them, he was whoever you wanted him to be… 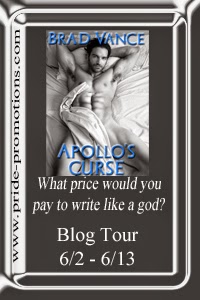