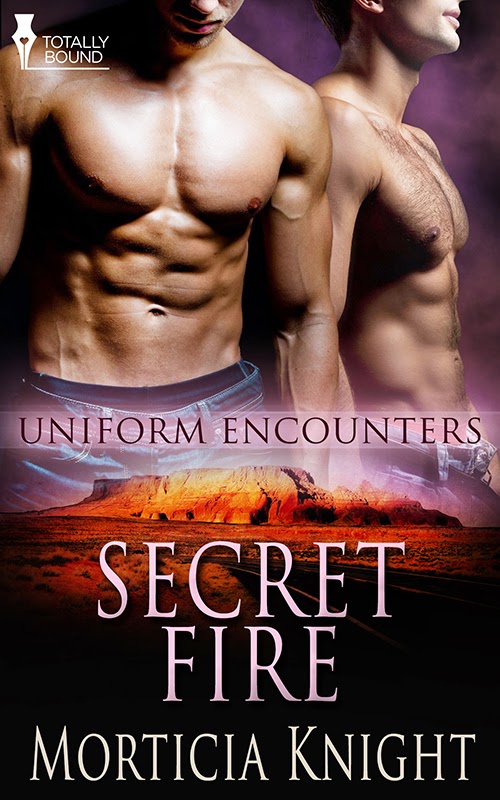 Author Bio: M/M Erotic Romance author Morticia Knight enjoys a good saucy tale – after all, who doesn’t? Since she loves several genres, you may find your heroes in a contemporary, historical, paranormal or sci-fi setting. One of her passions is bringing people's fantasies to life on the page, because life is too short for even one boring moment. Her stories are volcanic in heat, deep in emotion, and sprinkled with doses of humor.
When not indulging in her obsession for books, she loves the outdoors, film and music. The Pacific Northwest is the ideal spot to enjoy both hiking and beachcombing. Once upon a time she was the singer in an indie rock band that toured the West Coast and charted on U.S. college radio. She now resides on the northern coast of Oregon, where the constant rain and fog remind her of visits to family in England and Scotland when she was a child.
She is currently working on the Gin & Jazz series about the glitz and glamour of 1920’s Hollywood and additional installments of the Uniform Encounters series, with a new series about those luscious men in uniform coming out later this year.

Blurb:
Police officer Zach and Fire Marshal Daryl would be perfect together—if they would ever quit fighting long enough to find out. A devastating fire and the secret behind it almost keeps them from getting what they really need—each other.
Mesa police officer Zach is a fun-loving guy. Now that he’s hit the big three-oh, he’s looking to stop the hook-up train and find someone he can get serious about. When a mutual friend suggests Fire Marshal Daryl, Zach assumes he must be joking. The surly marshal has given cranky a new meaning. It’s unfortunate, though, since he is one fine-looking man.
Daryl has sworn off relationships ever since he caught his ex-partner cheating. He’s always taken everything in life seriously—from jobs to relationships—and is afraid he might be alone in that regard. Certain he can’t risk love again, he panics when he sees his secret crush Zach approaching him at a police versus firemen softball game. He’s nervous, as he is socially challenged with a tendency to blurt out the wrong things. It gets worse when he realises their shared buddy gave Zach a push. He assumes that Zach is only talking to him out of pity.
Zach has been pissed off at Daryl ever since they got into a verbal sparring match at the park. Yet, when Daryl comes to his aid during an explosive fire, Zach wonders what secrets might be hidden beneath the layers Daryl has built to protect himself from the world—and love. A night of passion turns into the possibility of something more as they struggle to find their way to one another. But all of that is threatened when there is a devastating fire that causes many people to lose their lives. As they work together to uncover the truth, someone thinks they’ve asked too many questions—and plans to stop them before they can ask any more.

They had finished eating and were in the middle of a second beer each, when the place began to fill up with a rowdier crowd. Daryl leaned in closer to Zach.
“It’s only going to get worse from here since it’s Friday night.” He inclined his head towards the stage area. “They’ve got a band loading in.”
Zach peered over his shoulder, then back at Daryl.
“What have you got against chains and leather?”
It could have been the second beer, but Daryl could have sworn that there was a bit of a twinkle in Zach’s eye.
“We could always go to my place.”
Daryl had blurted it out without thinking. Zach shot his eyebrows up.
“You know, um, because you said you wanted to see my, um, X-Box One sometime. You could try out Halo, Spartan Assault.”
Zach leant forward, closer to Daryl. Too close.
“Sounds like fun. I don’t have to get up early since my shift doesn’t start until two. However, I’m curious. Do you like video games about gladiators?”
Daryl scrunched his eyebrows together, confused. Then it hit him.
“Jesus. Yes, I have the Rome game. And I’m going to pretend that you didn’t just make an Airplane film reference.”
Zach slapped Daryl’s arm, laughing.
“Awesome! You passed the humour test.”
Daryl bristled. “Test? What do you mean?”
“I only hang out with guys who get that film’s humour. It’s a foolproof barometer of whether or not I can tolerate someone’s company for an extended period of time. Actually, it might be more of an indicator as to whether or not they can stand my company.”
Daryl smiled in spite of himself. He didn’t want things to be working out so good with them. However, he was glad they were.
“I think I can stand your company just fine.”
Zach grinned at him and he was filled with a lightness that hadn’t been there for quite a while.
“Ditto.”
After clinking his bottle with Zach’s, he downed the rest of his beer. 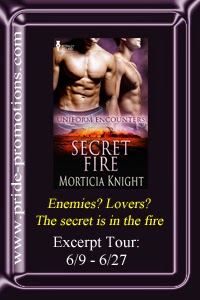