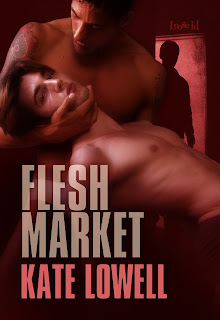 Special Agent Leo Gale is up a creek. A year and a half of deep cover is about to go up in flames. He needs help – something, someone to salvage the operation and save the lives of untold numbers of trafficked teenagers.

But he wasn’t expecting the partner they sent, or his own gut-punch of a response to the man.

Julian worked hard for that FBI Honors Internship. It was supposed to be a foot in the door. He’d never expected it to catapult him into the middle of a major undercover operation. Yet here he is, sleeping on a filthy mattress and using every trick in the book to avoid torture--and worse. He’s never felt so scared, or so alive, in his entire life, and he’s not sure if it’s the danger, or Leo, that’s making his heart race.

There’s no time to think about it, though. The operation is heating up, and Leo and Julian are running out of time and options. As choices become more difficult, they must find a way to take the traffickers down, or risk becoming just another set of organs for sale.

Kate lives on the east coast of Canada, in an old farmhouse in the middle of nowhere. She has two horses, both of which have medical issues, and three cats, all of which have mental issues. She refuses to get a dog, because who knows what would be wrong with it?

Kate loves to read and write (and it's a darn good thing, because she wouldn't be much of an author if she didn't, would she?) She also likes playing with computers and is considering going back to school to do a programming degree, just for giggles. Or the opportunity to take over the world. (Oh, who are we kidding? Think of all the work that would mean.) She also likes pictures of pretty men and keeps many of them on her computer. (The pictures, not the men.) She would dearly love a cabana boy to mow her lawn and maybe rub her shoulders after a long day of making men fall in love with each other, then cackling evilly and raining frustration and danger on them.