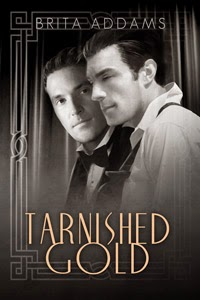 History Week Part II kicks off this week with my mentor, Brita Addams!


Tarnished Gold, my novel set in the Golden Age of Hollywood, is a book close to my heart, given my lifelong love of old movies and the time when stars were truly stars and not merely famous for being famous.

Hollywood provides a rich history for those of us who love the glitz of yesteryear. I grew up watching what were then old movies. Instead of playing outside with my friends, I wanted to watch Buster Keaton and Charlie Chaplin. I love the characters created by Bette Davis and Joan Crawford. My bookshelves groan under the weight of the biographies of all of the well-known stars of the twenties, thirties, and forties I’ve read.

One extraordinary biography is Wisecracker, the story of William Haines, the first openly gay star in Hollywood. Billy bucked the system that studios implemented in the late 1920s. This was a period when studios insisted their gay stars marry, to help cover their homosexuality. The lavender marriages not only fell under the established morals codes, but they placed the stars in the untenable positions of living lives contrary to who they were. Possibly the most famous of these marriages was that of Rock Hudson, who married his agent’s secretary in 1955.

There were, however, many. Those who complied, kept their careers. Those who didn’t, such as William Haines and Ramon Novarro, they refused and lost their careers. Ramon, reportedly a lover of Rudolph Valentino, became a recluse and was eventually murdered in 1968, at the age of sixty-nine, by two hustlers he’d apparently solicited for sex.

Tarnished Gold and the character of Jack Abadie, are loosely based on William Haines. He, unlike Novarro, created a life after acting, in the form of an interior design empire that exists to this day. William Haines Designs served the Hollywood community and beyond. Billy and his business partner, Ted Garber, decorated Winfield House, the U.S. Embassy in London, at the behest of Ambassador Walter Annenberg and his wife, Lee. He made more money after his movie career ended than before, and thumbed his nose at those intolerant souls who sought to erase the lives of the gay denizens of Hollywood.

By the way, in the early days of Hollywood, gay actors, producers, directors, and set workers were revered and lauded for their talent and loyalty. They were significant in the building of the movie business, and some say the job wouldn’t have been done had it not been for them. Only after movies took a risqué turn in the late twenties did the sentiment change. The public demanded “cleaner” films, and the morals clauses, relative to lives on and off screen, came into being. Moral turpitude was the word of the day, and studios took the right to police employee’s actions in every part of their lives. Some may remember scenes in movies and later in television shows where even married couples slept separately, in single beds. When awake, one foot had to be on the floor. That stemmed from the morals clauses instituted by the Hays Office and existed until 1968, when the “studio system” crashed down around the ears of studio bigwigs.

When Louis B. Meyer told Billy Haines he had to ditch Jimmie Shields, a man he met and fell in love with in 1926, and marry a woman, Billy puffed his chest out and told Meyer, “I’m already married.” Billy and Jimmie were together for 47 years, until Billy died of cancer in 1973. You’ll have to read my author’s note in Tarnished Gold for the rest of that story.

Tarnished Gold, a 2013 Rainbow Award winner for Best Historical, delves into one man’s desire for fame and fortune, and most of all, love. The road to these things isn’t always a smooth one, as Jack discovers, but oh, the journey!

Please enjoy the following excerpt, which I do hope will encourage you to visit the Dreamspinner website and get your copy of Tarnished Gold.
Hugs,
Brita

Jack turned away and tore open the flap and pulled the heavy vellum from the envelope.

The restaurant was packed, and by the looks, it’d be a late night. Jack tucked the note into his pocket and served one of his tables. Then he took the note out again and reread it. Something clicked in his head, and he had to get out of the place. He told Tommy he was ill, and he walked right out the front door.

He stood on the sidewalk and stared at the gleaming smile that greeted him, conceding that he’d missed it.

“Don’t just stand there, my friend. Get in.”

Jack looked back at the bustling restaurant, ablaze in electric light. “I really shouldn’t. I could lose my job.”

“That doesn’t matter. Come on.”

Jack stood firm. “But it does matter. It’s how I make my living.”

“What does that mean? You know it’s all I have. How many times have I served you and your friends?” He planted his hands on his hips.

“Get in. I have something to tell you.”

Jack didn’t want to go back into the restaurant, so he shook his head, shrugged, and got into the car.

“Trust me, you’ll be glad you did.” Eric pulled away from the curb and remained silent for several minutes, which piqued Jack’s interest even further.

“It’s time you got out of the restaurant business. You need to move up in the world.”

“Something I’ve been telling myself for years, but it’s rather difficult to look for other work when I only get one day a week off and it is Sunday.”

Eric reached over and squeezed Jack’s thigh. “That’s what you have me for.”

“Then it’s settled. I have a surprise for you, and I hope you’ll take it in the spirit in which it’s given.”

Eric stared out over the road for several moments as he tapped his fingers on the steering wheel.

“Well, you talked about loving the flickers, and I got to thinking. You’re so handsome and that’s what brings people into the movie houses. I think you might be perfectly suited to work at the studio.

“Me? I won’t lie. When I came out here, all I wanted to do was get into the movies. But in reality, it seems so impractical.”

“Again, that’s where I come in. You love the movies, and that’s all it takes to do what I have in mind. That’s the beauty of it.”

“The beauty of what?”

“How would you like to work as an extra?”

The words hit him like a thunderbolt. “Me? How? Where?”

“At Starlight. It’s all arranged. I know some people, and I talked to them about you.”

“Is that what you do? Are you an extra?”

“I have been. To start, you’ll be a dress extra.” Eric fingered Jack’s utilitarian coat. “We’ll have to get you some different clothes, you know, ones for all occasions. That way, you’re ready to work no matter where they need you.”

“I told you, leave it to me. I’ll help you out, so we can get you started.” Eric pulled into a driveway that led to a huge two-story mansion.

“Help me out? How?” Jack held his head in his hands. “This is all going so fast.”

Eric got out of the car, while Jack sat stunned.

“Come on in and I’ll explain everything,” Eric called from the door.

Jack shook his head and got out of the car. “Where are we?” he asked as he followed Eric into the house.

Several lamps burned dimly, but they allowed Jack his first glimpse of a true Hollywood home. The large parlor boasted old furniture that didn’t appear to be the same kind of old as his parents’.

Jack walked around while Eric poured the refreshments. “I never thought I could appreciate old furniture, but it’s really beautiful,” he said as he ran his hand over the back of a wooden chair covered in some plush fabric.

“They’re called antiques, Jack. I’m a collector and have been for several years. They’re my weakness, that and property. This place is crammed with them.” Eric laughed. “I can’t control myself. Auctions are disastrous for my bank account.”

“My folks have some mighty old pieces, but nothing as beautiful as yours.” He skimmed his hand admiringly over a highly lacquered table.

“How much do you make as an extra, Eric?”

“I’m afraid you misunderstood,” Eric said with a chuckle. “While it’s true I did work as an extra some years ago, I don’t make my living as one now.”

Jack turned to face Eric. “Please tell me, instead of hinting. I don’t pick up on hints well.”

Eric sat down and motioned to Jack to follow suit. “I came to Hollywood almost ten years ago. I started out as an errand boy, doing anything I could to stay close to the picture makers. The directors sometimes pulled me in when they needed an extra, though there was no money to be made doing that in those days.”

“I wouldn’t ask you to quit your job if there wasn’t. It pays a dollar fifty a day and a dollar more if you do stunts.”

“Really? That is more than I’m making now.”

“I thought it might be. As a dress extra, you’ll make more because there’s more calls for them.”
Jack grew more excited as he pictured himself up on the big screen. “Okay, so go on. Tell me what you do now.”

“I’ve always loved the entertainment business. Back in New York, I knew some show people, got to know how things worked. When I wasn’t working as an extra, I was at the director’s shoulder, learning his every move. Wasn’t long before I was made assistant director. That wasn’t much more than a glorified runner, but I learned everything.”

“So, you’re an assistant director?”

“I’m a director. I’ve done five pictures, including In the Mirror—”

Buy at Dreamspinner  Buy at Amazon 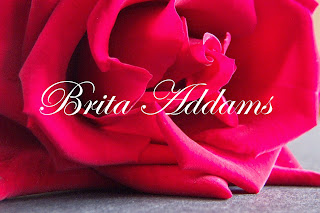 Born in a small town in upstate New York, Brita Addams has made her home in the sultry south for many years. In the Frog Capital of the World, Brita shares her home with her real-life hero—her husband, Clint, and a fat cat named Stormee. All their children are grown.

Given her love of history, Brita writes both het and gay historical romance. Many of her historicals have appeared on category bestseller lists at various online retailers.

Tarnished Gold, the first in her gay romance Tarnished series for Dreamspinner Press, was a winner in the 2013 Rainbow Awards, Historical Romance category. The book also received nominations for Best Historical and Best Book of 2013 from the readers of the Goodreads M/M Romance Group.

A bit of trivia—Brita pronounces her name, Bree-ta, and not Brit-a, like the famous water filter. Brita Addams is a mash-up of her real middle name and her husband's middle name, with an additional d and s.

Readers can find more information about Brita Addams at any of the following places:

Brita is giving a way a back list title! Enter to win by making a comment below!

That comment will also count as an entry into my giveaway. In celebration of History Week Part II, I will be giving away an Ecopy of my first novel, A Place to Call Their Own, which is available from JMS Books.  Comment and follow me and the other folks on Twitter to enter to win! 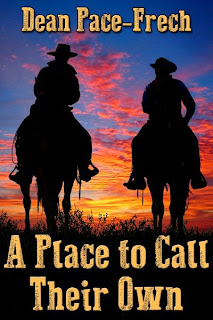