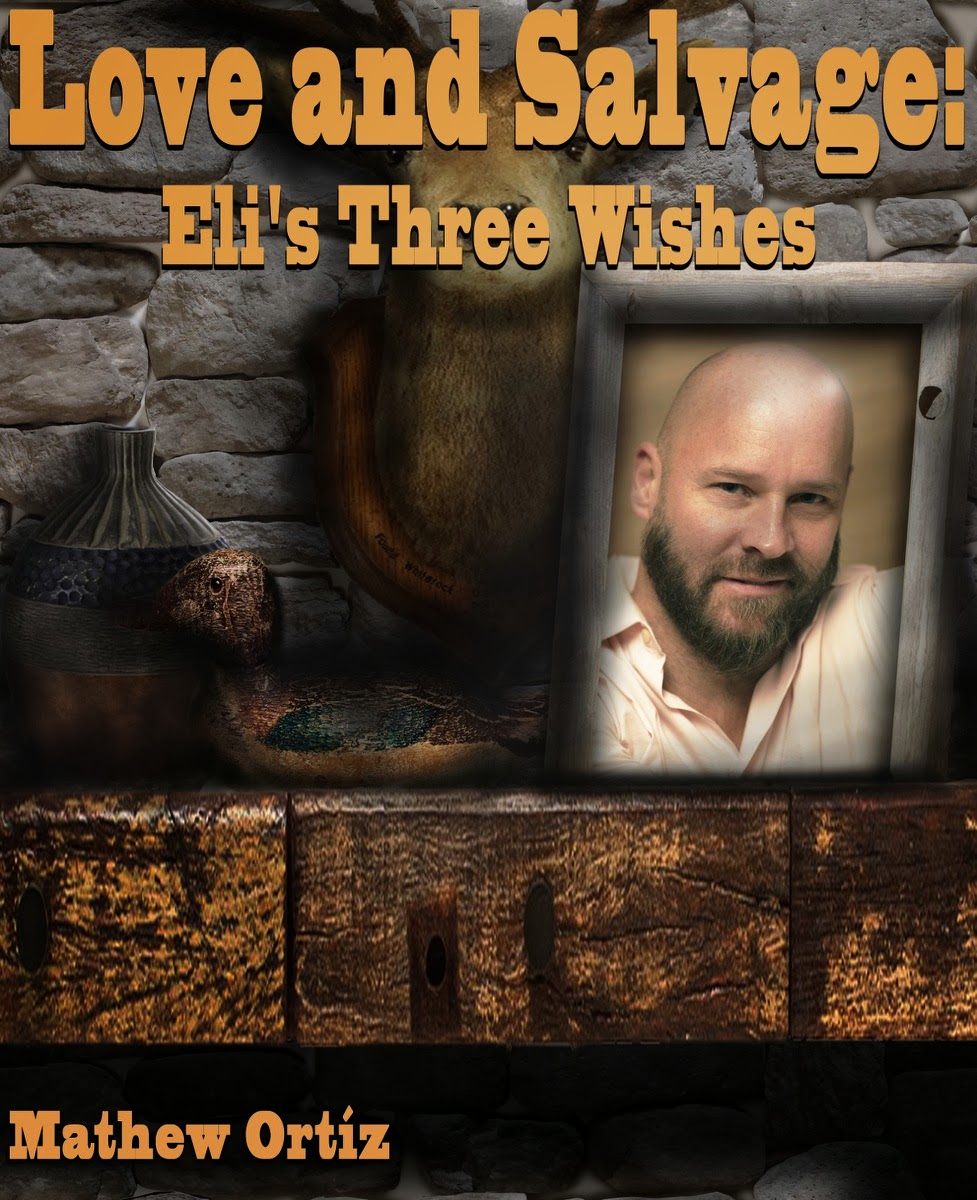 Eli's Three Wishes is the second book in the Love and Salvage series. It is the story of Elijah Gaither and his quest for love just when he thinks he has the rest of his life together. Just as he meets a cute, younger designer, his youngest son comes to live with him. After being caught with another boy at school, his son leaves his ex-wife's house and lands at Eli's house..

Although the story is classified as "Erotica" (and #20 on Amazon as of the time of this writing), I didn't realize it. There's more sex than I normally like to read, but plenty of other plot points going on to make it enjoyable. It's an easy read with easy to relate to characters. I loved the tension between the older man and younger man, and Eli's own tension he thought he would have with his extended redneck family.

The one thing that was a bit weird for me as a reader was the fact that the epilogue launched into new characters and new situations not relevant to Eli or Oscar. In my opinion, it seemed that should be the first chapter in the next novel.

The first novel in the series, Loving Emmett, was about Eli's nephew and the third novel, Halestorm, is about another of Eli's nephews. I read this first, but am excited to read the other two in the series as well.

The author provided me a copy for an honest review.