Stealing the Wind by Shira Anthony 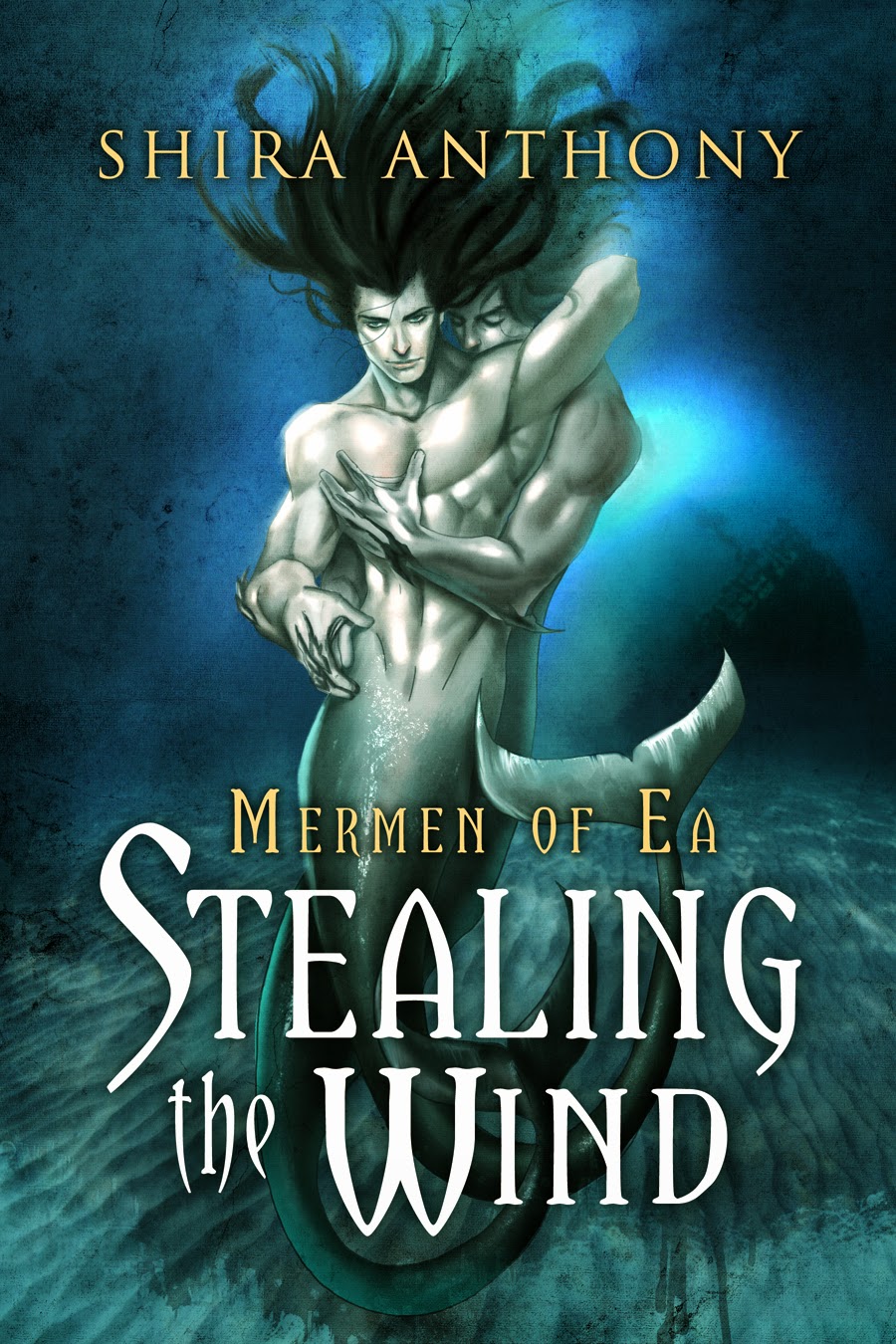 Stealing the Wind (Mermen of Ea) is a novel set in the mythical land of Ea. Young Taren is first sold to pay for his master's debts then indentured aboard a ship for a period of three years. While trying to rescue a cabin boy, he is imprisoned as spy. Even though it's scary for him, Taren finds out about his true nature and his birth.

Shira Anthony mixes historical and fantasy in this tale. The world of Ea and its mainland was a great world to get caught up in as Taren is tossed between masters and then finally realizes his destiny in the arms of the man he dreams about. The traditions, religions, and history of the people of Ea are all introduced in this first book of Mermen of Ea series. If you're a writer of this type of genre, it would be great read just to understand how the world is developed.

Taren's journey is a great story as well. Through his indentured servitude, he learns about love. Through his imprisonment, he learns about his true self. He starts to dream of a man, of a soul with whom he is familiar. Will he fall love? You'll have to read for yourself and find out. Hurry, because book two is due out in May.