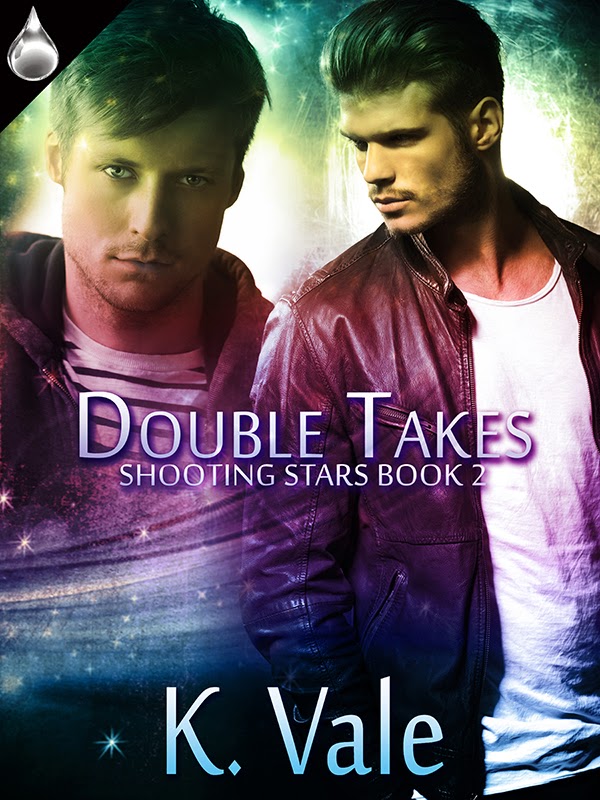 Hi, everyone. I had the pleasure of nailing down my MC of Double Takes, Gio Savale, after his band Three Deaf Mice played a killer concert near me. He was nice enough to give me a quick interview. ;-)
Kimber: Hey, Gio! Thanks a bunch for talking to me. I’m sure you’d rather be hitting the showers right about now, so I’ll make it fast.
Gio: Not a problem. Did you get to see the show?
Kimber: Yes! Amazing! You were on my list of bands I have to see before I die, so I was stoked to get you checked off. It was everything I was hoping for.
Gio: Yeah? Great! Who else is on your list?
Kimber: Umm. Chili Peppers and Breaking Benjamin—you know, if they get back together. I’d take Ben Burnley as a solo act in a pinch.
Gio: Both great bands.
Kimber: Yes they are. Okay, I feel like this interview is getting away from me already. Let’s start with an easy question. How are things with you and Lance?
Gio: <A broad smile on his face> Fantastic. He was with us for part of the tour, but he can’t miss work for that long. He’s a serious businessman, my guy. We’re heading home tonight so…  I’m looking forward to seeing him.
Kimber: Home? Are you two cohabitating these days?
Gio: Yeah. He sold his condo and moved in with me. Saves me having to cross the Charles on a daily basis.
Kimber: And how’s that working out with Marco?
Gio: That kid is amazing. Just the most laid back, roll with the punches kinda guy ever.
Kimber: Gee. Wonder where he gets that from.
Gio: Laughs. Not Christine, that’s true. He’s got his room at my place and his room at hers. Honestly, I think he’s enjoying the whole two Christmas mornings, two Easter baskets thing he has going on.
Kimber: And Christine’s adjusted?
Gio: Christine is adjusted for Christine, you know? She’s always been a sore loser. Sooner or later she’ll convince herself that shared custody was her idea, just so she can live with it.
Kimber: Divorce is never easy. Okay, last question. Have you heard from Kyrie lately? He borrowed this vintage military jacket I found at the Salvation Army and I want that freakin’ thing back.
Gio: <Snorts> Good luck! Actually, he invited me to his graduation party. I’ll try to remember to give him the message.
Kimber: I’d appreciate that. Well, thanks for taking the time to talk for a bit, Gio. I loved your show and I’m definitely gonna keep an eye out for the next one. That Tool cover was outstanding.
Gio: Thank you. Nice talking to you, Kimber. I always have time for my fans.
-----------
Blurb:
Ah, the life of a rock star. Everyone thinks it’s nothing but sex, drugs, and rock and roll.

Not for Giovanni Savale.

For the lead singer of Three Deaf Mice, a band that reached its pinnacle in the late nineties, it’s nothing but an ugly divorce with a custody battle, money trouble, and now the nightmare exposure of starring in a reality television show. When his producer decides to cash in on an infamous interview Gio did years ago, and give the self-confessed bisexual rocker an onscreen boyfriend, things really hit the fan. Gio is certain his sexual experimentation back in his drug-abusing days meant nothing — after all he’s been married for nine years, clean and sober for nearly as long, and he has a son. And Gio is not remotely attracted to Kyrie, the funny, flamboyant actor they choose for his love interest. Of course, Lance Garrett, the mysterious and sexy owner of the local antique shop, Double Takes, is a whole different story. The guy has Gio planning out a future he never imagined. With the threat of losing all custody of his ten-year-old son, ghosts from the past returning for revenge, and the cameras rolling, can Gio keep his head above water and his heart from getting broken?

Marco planted one hand on his hip, the ball wedged under his other arm, and gave them an impatient head shake as he waited to cross the street. “I’ve seen faster slugs,” he commented.


“Hey, maybe you tired out the old men on the field,” Lance said.


“Thanks, pal.” Gio gave Marc a wry smile. Mental note. Work out more. Shooting some hoops with his son was good enough in Gio’s thirties, but he should probably step it up a notch if he wanted to keep the arms and chest he was famous for baring in concerts. Gio looked down for any telltale signs of aging. No pooch, at least, but the way he ate since getting sober made it much harder to keep off. One thing he could say about being an addict, buying his breakfast on a corner and drinking a liquid lunch had kept him lean for a long time.


“Don’t listen to him.” Lance patted Gio on the shoulder and gave a quick squeeze. He stepped closer and whispered, “You’re a brick shithouse.”


Gio gave him a half-glare, half-smile as they crossed the front lot of the pastry shop.


“Is that supposed to be a compliment? I’m just a few donuts away from love handles. Perpetually. I should be doing whatever you’re doing.”


“You can do what I do. Wanna hit the gym Monday at lunch?”


Rather hit something else Monday at lunch. “If I want to look at you … look like you, I probably should.” Gio tried to cover up the slip lightning-fast but it was out.


Lance’s eyebrows shot up, and Gio snuck a peek at Marco. The kid studied them judiciously as Lance produced his key and snapped open the padlock. He unlocked the back door to his store next, and waved Gio and Marc inside.


Marco handed Lance the soccer ball. “Next time, I’ll bring my glove and bat. Then we’ll really see how good you are.”


Marco offered a high-five, and Lance slapped his extended hand.


Then he turned to Gio. “Thanks for the good time.”


“I’ll talk to you later.” Damn, I wish I didn’t have to dance for the freakin’ organ grinder tonight.


“Have fun tonight,” Lance added. Gio pretended to scratch his chin with his middle finger before he turned down the narrow hallway with Marco ahead of him.


“He’s cool,” Marco said matter-of-factly as they walked back out the front door.


Gio turned toward Marco with eyes that felt like they were bulging out of his head. The boy combined a shrug with face-up palms and his duh look.


“Mom lets me watch your show.”


“You know that’s not real, right?” What the hell is the matter with her?


“Yeah. I know you aren’t really into that Kyrie guy. I don’t think he’s crushin’ on you either.”


That word crush was enough to solidify the fact that Gio was talking to a kid. Yes, a kid on the verge of those rough and glorious teenage years, but still a person some months short of all-knowing. Don’t grow up!


“Definitely no crushes. It’s just acting, buddy. Just a silly show dad does to help pay the bills. You shouldn’t even be watching that garbage.”


They slid into the car.


“You should have asked Lance to be your boyfriend. He’d be much more believable.”


Then Marco asked for Gio’s phone and played Minecraft for the rest of the drive. 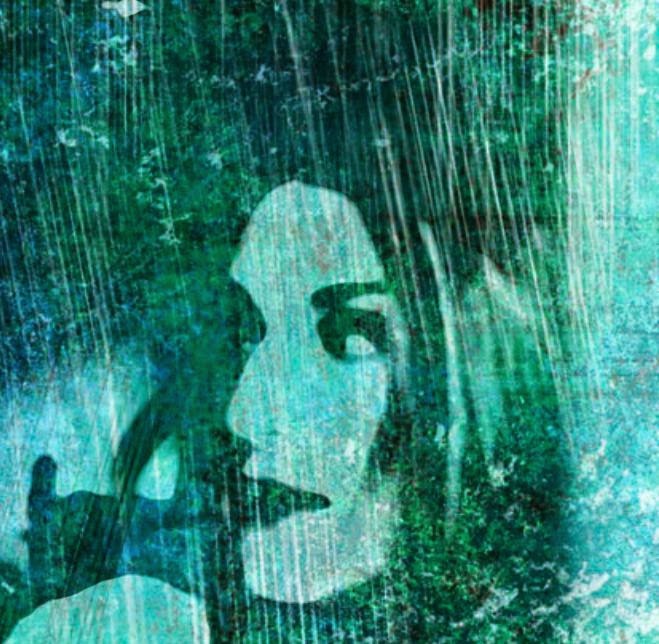 Bio:
Kimber Vale writes romance of all stripes, from hot hetero stories to mouthwatering men falling in love (under the name K. Vale). Keep up with Kimber’s news and follow all her tour stops on her blog: http://www.kimbervale.me  and friend/follow her on Facebook and Twitter @KimberVale. Come for the sex. Stay for the story. http://www.authorkimbervale.com
Find Double Takes:
On Amazon: http://www.amazon.com/Double-Takes-Shooting-Stars-Vale-ebook/dp/B00JTNT4MO/ref=sr_1_1?ie=UTF8&qid=1398112227&sr=8-1&keywords=Double+Takes+K.+Vale
At Liquid Silver Books: http://www.lsbooks.com/double-takes-p901.php
All Romance: https://www.allromanceebooks.com/product-doubletakes-1484498-149.html
Barnes & Noble: http://www.barnesandnoble.com/w/double-takes-k-vale/1119275663?ean=9781622100996
Watch the Double Takes book trailer:
https://www.youtube.com/watch?v=QBF5EZ2Qcrk
---------------
Kimber has a $25 Amazon or Barnes & Noble gift card (winner’s choice) up for grabs!

a Rafflecopter giveaway
Posted by Unknown at 3:00 AM