Without planning it, it's Rock Star Week on the Book Reviews, Rants, and Raves Blog! First up, K-lee Klein! 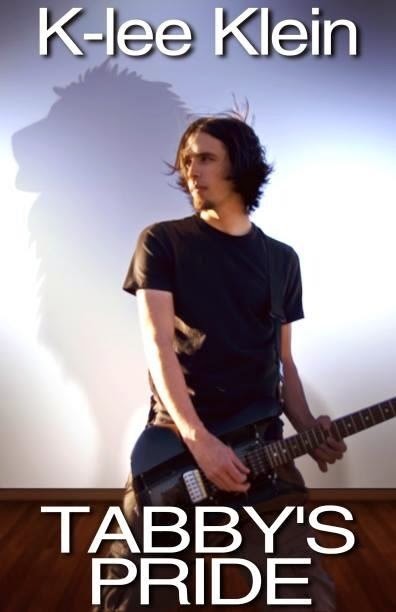 This is my second stop on my blog tour. Thanks so much for having me, Dean. Tabby's Pride is out on May 18th from Amber Quill and I'm excited to have my rock star shifter romance released into the world. Before I share the blurb and cover, let me tell you a bit about my writing and myself.

I'm an emotional person. Whether it's watching a movie, reading a good book or even listening to music, I tend to tear up easily. It's no different when I write. I need to be attached to character's brains and their hearts. I need to feel what they're feeling and suffer the same emotional rollercoaster just as much as I need to know what they're doing physically or how they view the world around them.

I guess that's why I write romance. I like the emotional possibilities of my characters. It doesn't matter if I'm writing a tough-as-nails man or one that wears his heart on his sleeve because the love is still the same. Maybe one guy doesn't express his emotions in words or large gestures. He's not demonstrative or easy to read, and he would rather die than show any sort of PDA. He can be all those things but still feel his heart racing, have his mouth go desert dry, or feel a slight tremor under his skin the first time he realizes the man he's kissing is important to him.

My characters go through a gamut of emotions—from grief to acceptance, fear to joy, pain to love. I try hard to express those things in what they say, what they do, and the secrets they hold inside that no one else can see. In Tabby's Pride, Levi Tabberton fights a battle that is only visible inside his head and his heart. He grapples more with himself than anyone else, and his internal struggle was one of my favorite parts of writing his character.

On the outside, Levi is a devil-may-care rock star in training who wants to fulfill his dreams of musical stardom, but inside, he's a mess of confusion, guilt and overwhelming love. I guess you'll have to read the book to find out how he—and I—managed to sync all his emotions with the external world around him. Thanks for stopping by and don't forget to leave a comment.

The Tabby's Pride blog tour runs from May 12-20 and I'm offering three prizes—2 ebook copies of Tabby, as well as a $10.00 gift card from Amazon. You can enter by clicking the Rafflecopter, plus earn extra entries by commenting on this post. Thanks for stopping by.

Levi is ready to do anything to make his rock star—and hopefully, personal—dreams come true.

Levi Tabberton has dreamed of being a rock star ever since his brother's best friend, Alexander, showed him his guitar when he was young. But becoming a member of his boyhood crush's band, Lion's Pride, is even more important.

Growing up, Levi emulated Alexander Morrison and, years later, his feelings remain unchanged when he auditions for the band. Xan is laid-back, caring, gorgeous, and takes Levi under his wing—paw. But Levi's guilt and insecurity hold him back from letting Xan see the real him.

Levi needs to prove himself worthy of the band and deserving of Xan's attention, but the lengths he's gone to have left him reeling with anxiety and exhaustion. Levi's not sure how much longer he can pull off the charade he's been acting out to reach his goals and to keep Xan's affections.

Has he made the right choice or will his dreams fade in a catastrophe of lies and uncertainty?

Available and on sale May 18th from Amber Quill http://www.amberquill.com/store/p/1968-Tabby-s-Pride.aspx
a Rafflecopter giveaway 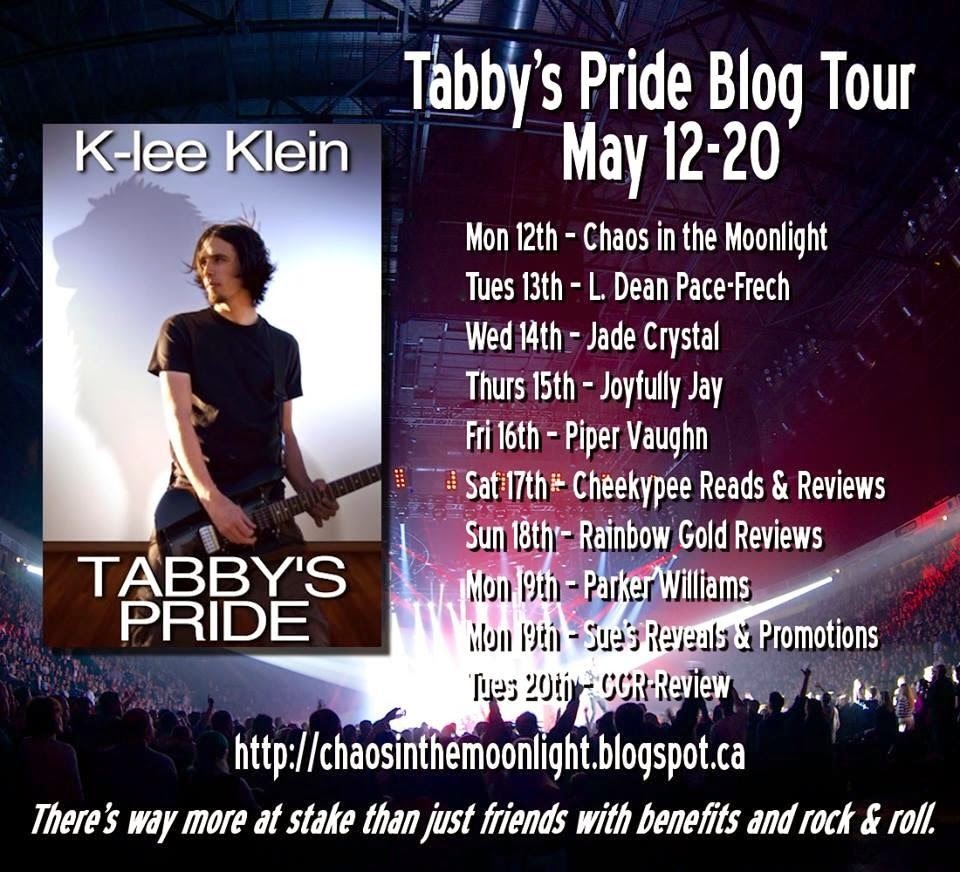 See all the first stop in the tour and subsequent stops here: