I am excited to have Sue Brown on the Book Reviews, Rants, and Raves blog today talking about her latest release!


When I first started writing one of my major worries was deciding on the cover art for my books. What if I got it wrong? What if the covers were too stark, too fussy, the men were wrong or the font was wrong? At that stage if Jensen Ackles and Jared Padalecki were locked in a smooch on every cover I would have been happy (I still would be. My fanfic funnybone still tickles for these boys). For some reason they weren’t available for M/M covers, and I had to pick from ‘stock’. Huh, stock is bloody limiting, let me tell you. Because of the genre, we just don’t have the availability of model and couples open to het books.

Once I discovered the very talented Dan Skinner’s photography it got a whole lot easier. We write romance novels. To have guys in an intimate pose makes more sense than two models staring in opposite directions. However not every publisher could offer me Dan’s work. Nothing Ever Happens was my first Dan cover and Frankie & Al was the last (so far). Eagle-eyes might spot the same model on both covers. Tom Wolfe has been on three of my covers so far. He is a brilliant model for my men.

As I’ve got more experienced I’ve grown more confident about saying no to what I don’t like. I’ve learnt that if you hate a cover it will grate every time you see it and you won’t want to promote the book nearly as much. I’ve also realised that I don’t have the best eye, and I always ask my family and friends for their opinion.

I’ve now started to source my own pictures. For instance the cover for Falling for Ramos was from a new Facebook friend. Ian and I now have plans for a series of covers.
These are a couple of my favourite personally sourced images. 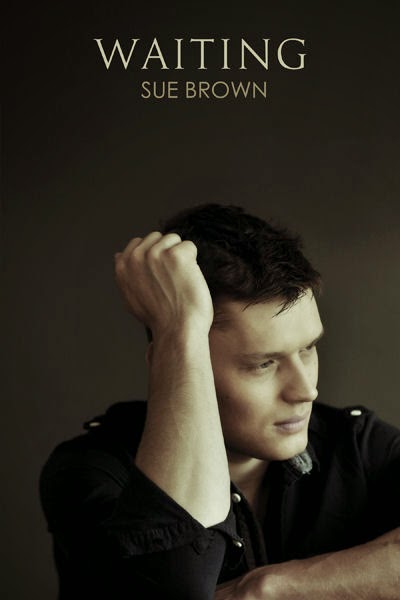 And my new release on 15th September,  Falling for Ramos (painting by Ian Brown) 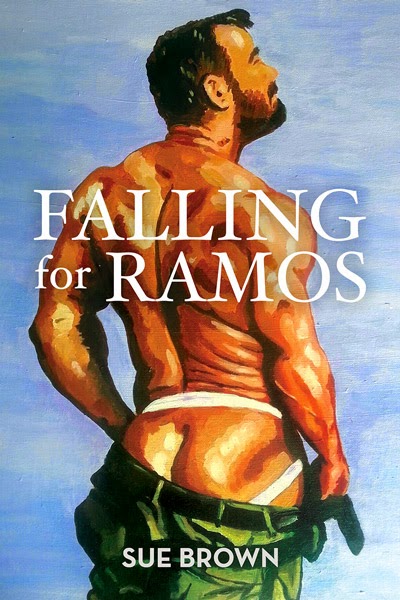 Buylink for Falling for Ramos
Dreamspinner
http://www.dreamspinnerpress.com/store/product_info.php?products_id=5442
A glimpse of a group of businessmen in a newspaper tells Colin Hess his old love, Alejandro Ramos, is back in London a decade after they split up.
They met by chance as students, when Colin was pushed into Ramos’s lap at a party. Despite the disapproval from Ramos’s parents, Colin and Ramos were inseparable from that moment and settled in their own place as soon as they finished university.
But when Ramos’s father fell ill, Ramos was forced to return to the family vineyard, leaving Colin behind. When Colin joined him for a holiday, the plans Ramos’s parents had for their son became painfully clear—and those plans did not involve Colin.
Colin knows it would be stupid to rekindle their old love after the devastating end to their relationship. Still, neither can deny that they still have feelings for each other from the minute they meet, and Colin learns the meeting might not be as random as it seemed.
Sue’s bio:
Sue Brown is owned by her dog and two children. When she isn't following their orders, she can be found plotting at her laptop. In fact she hides so she can plot and has got expert at ignoring the orders.

Sue discovered M/M erotica at the time she woke up to find two men kissing on her favorite television series. The series was boring; the kissing was not. She may be late to the party, but she's made up for it since, writing fan fiction until she was brave enough to venture out into the world of original fiction.

January 23, 1998
COLIN LOOKED dubiously at the house. “It looks like a squat.”
The venue for the party was a three-story crumbling monstrosity hidden behind a huge overgrown hedge. Compared to the rest of the street, this house looked unloved and definitely out of place.
“So? It’s not the first time we’ve been to a squat.”
Tim dragged Colin to the front door. It was open, and without hesitation Tim went in, swallowed up by the crowds in the hallway. Inside was a pleasant surprise compared to the unprepossessing exterior.
For a split second, Colin was tempted to bail on his friend, but as he hesitated on the doorstep, Tim emerged, grabbed his hand, and dragged him into the maw of the house. Tim didn’t stop until they reached the huge lounge heaving with people. Then he let go of Colin’s hand. “Where is she?”
“Who?”
“Rita, of course.”
Rita was Tim’s current girlfriend. Colin hadn’t met her. He never bothered unless they lasted longer than a week, which was rare for Tim.
“What does she look like?”
“Short, blonde, and stacked.”
No change there, then. Tim had a type.
Colin looked around. “What about that girl over there?”
“Where? Oh yeah, that’s my girl.”
“She’s kissing someone else.”
“What?”
Tim ploughed through the crowd toward Rita with Colin following reluctantly. By the time they arrived, Rita had stopped kissing the other guy and launched herself into Tim’s arms with an ear-piercing “Timmy!”
Tim responded by shoving his tongue down her throat. Colin supposed it was more hygienic than pissing on her leg to claim possession. Still it was gross to watch and went on for a long time. Rather than watch them play tonsil hockey, Colin took the opportunity to survey the room. The usual suspects from his year were there, a couple waving at him as he caught their eye. He was mainly known as the person to call when Tim got out of hand. Colin decided to grab a beer before he settled into a long evening entertaining Rita’s friend. The beer was in large kegs along one wall.
As Colin reached for a plastic tumbler, someone went for the same one and their fingers collided.
“Sorry,” he muttered and pulled back.
“No worries.”
The rolling accent caught Colin’s attention, and he looked up to see the man of his dreams smiling at him. But before he could say anything, Tim appeared, dragging Rita behind him.
“Hey, dickwad. You haven’t met Rita. Beer, great.” Tim reached between Colin and the other man to take the tumbler and filled it up.
Rita caught Colin’s eye and smiled. “Hey, you must be Callum. Great to meet you. Come and meet Kyla.”
“It’s Colin,” he corrected.
She shrugged, obviously uninterested.
Colin smiled apologetically at the guy—who, Christ, pushed every one of his buttons—and let himself be dragged away without a beer, wishing he could touch the other man’s hand again because that brief touch had set all his nerves afire.
Once Kyla established that Colin wasn’t going to be interested in her no matter how much she thrust her cleavage in his face, she huffed and went off to find a guy who knew where to stick his dick. Her words, not Colin’s, who already knew perfectly well where he’d like to stick it. Tim was all over Rita, and that left Colin bored witless and wishing he’d stuck to his guns and stayed on the sofa. His stomach growled every so often to remind him that Tim hadn’t allowed him to finish his dinner. He eventually found a tumbler, filled it with cheap beer, and retreated to a corner so he could drool over Mr. Tall, Dark, and Gorgeous in peace.
Whoever the guy was, he was popular. He’d got a seat on the sofa, and a crowd of people had gathered around him. Colin wished he could be one of those people. He stared down into his half-empty glass. He needed enough alcohol to survive the evening but remain sober enough to get Tim home.
Heading over to the dustbins, the unexpected shove between Colin’s shoulder blades lurched him forward, right into the people by the sofa. They scattered, and he ended up in the lap of Mr. Tall, Dark, and Gorgeous. Normally he wouldn’t mind sitting in the lap of any gorgeous man, but he did prefer it to be consensual, and this man looked anything but happy. Then Colin realized his glass was now empty, the contents emptied down the man’s T-shirt.
The guy looked down at his soaked shirt, and his lips twitched. “I like to drink beer and have my men plastered against my chest. Not the other way round.”
Posted by Unknown at 5:00 AM