Author Bio:
Tempeste O’Riley is an out and proud pansexual gender fluid whose best friend growing up had the courage to do what she couldn’t–defy the hate and come out. He has been her hero ever since.
Tempe is a hopeless romantic that loves strong relationships and happily-ever-afters. Though new to writing M/M, she has done many things in her life, though writing has always drawn her back–no matter what else life has thrown her way. She counts her friends, family, and Muse as her greatest blessings in life. She lives in Wisconsin with her children, reading, writing, and enjoying life.
Tempe is also a proud PAN member of Romance Writers of America®, Rainbow Romance Writers, and WisRWA. Learn more about Tempeste and her writing at http://tempesteoriley.com.
Website ♥ Goodreads ♥ Twitter ♥ Facebook ♥ Google + ♥ DSP ♥ Blog
Publisher: Dreamspinner Press
Series: Desires Entwined #3

Cover Artist: Reese Dante
Categories: M/M, Bisexual, Gender fluid, Erotic Romance
Blurb:
Alexander James Noble is a gender fluid gay man who gave up on finding Mister Right a long time ago. He’s not asking for much, though. He just wants a guy who loves all of him and appreciates his feminine form too.
At the local LGBTQ center where Alex regularly volunteers, he meets Dal Sayer, an officer of the Milwaukee PD. Because he’s been rejected one too many times, Alex doesn’t trust the huge cop and the interest he shows in him, but once Dal sets his mind on something, he goes all out. Pushing aside his preconceived notions, Alex opens up just a little and soon caves.
From their first date—while dealing with his father’s failing health and his parents’ demands for him to settle down and have children—Dal never takes his eyes off his goal of making Alex his. But proving to Alex he isn’t like all the men who couldn’t see him for who he truly was and only wanted to hide him away is harder than he thought.
Buy Links:
♥ ♥ Dreamspinner Press ♥ All Romance ♥ Amazon ♥ ♥
Add to: Goodreads

Guest Post:
Good morning Dean and readers! (waves)
Today I’d like to take a moment to talk about one of my characters and the real life issues and needs that inspired him. As you see from the blurb, Alex is gender fluid and has not had an easy time finding a partner that can accept Alex whether Alex presents as male or female.
You see, Alex doesn’t fit into a nice simple gender roles that he’s been taught are right. He also doesn’t fit into the dress roles others seem to want to push him into. Instead, Alex’s gender identity is fluid and shifts day to day. All Alex really wants is a lover that can accept Alex as male and as female. Sadly, that’s a hard person to find, at least for Alex.
Gender fluidity is a very real gender identity. They are not trans*. They are not drag queens, cross dressers, or any of the many other things Alex has been called. I say they, but I should really say we here as I identify as gender fluid as well as one of my children is very adamant on expressing through clothes the gender s/he feels that day (he’s in a lovely sparkly yellow top and embroidered jeans today at school and looks great!). In Alex’s case, the issue is both internal and external. Homophobia, gay bashings, and Alex’s own family have taught him that being as s/he is, is not ok. Being dumped by ex lovers for wanting to dress as the gender Alex feels (outside the bedroom) is enough to scar him, but thankfully for our loving Dal, Alex doesn’t completely give up on love.
Finding a lover and partner that is open to you, no matter how you present, no matter how you feel or act, is hard even when you only have one gender, having fluidity of gender makes it infinitely harder for many. When I wrote Alex, I wanted to give Alex not only a happy ever after (I write romance, lol, of course he gets that!) but to share the struggles and fears someone like Alex can suffer due to assumptions, prejudice, confusion, and fear. I also wanted to write a story that I felt connected to. Gender is not about the body parts you’re born with, it’s about who you are inside. In Temptations of Desire, Alex finds his voice, finds a lover that loves him as is and thinks he’s hella hot!
Also, on November 5th, I have a free short that is connected to the Desires Entwined series. It’s about Alex from Temptations of Desire and how he began his journey into what being gender fluid means and on accepting who he is, inside and out. It’s already available for pre-order from Dreamspinner Press.
Other Stories by Tempeste: 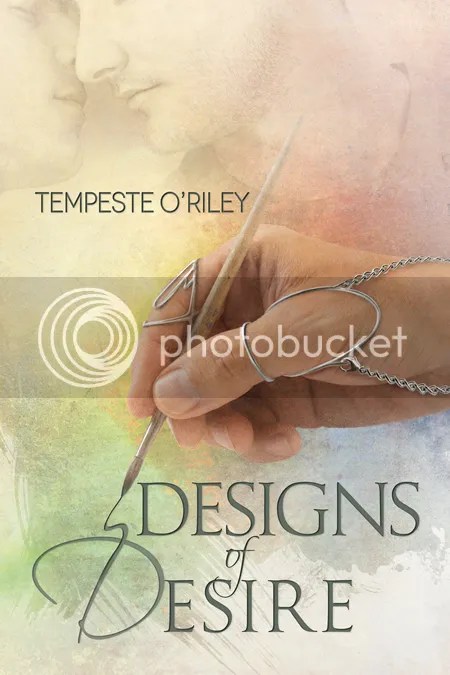 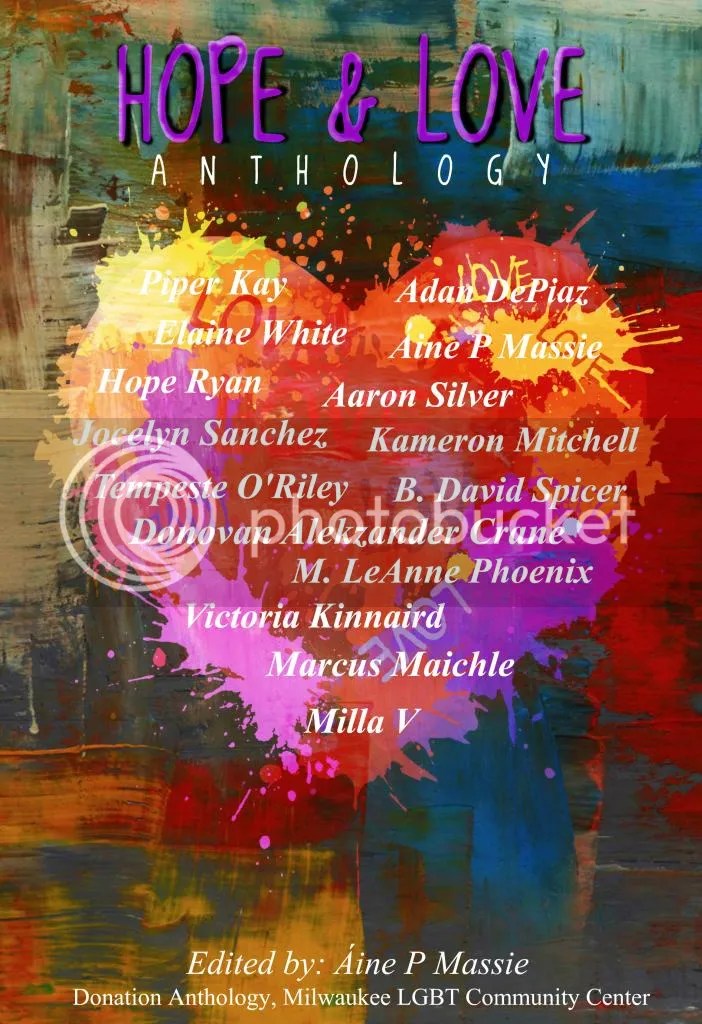 “I found it a beautiful tale of unhappiness changed to romance and then love with a happy ending.”

—Rainbow Book Reviews, on “Designs of Desire”
“Tempeste O’Riley clearly has designs on our attention with Designs of Desire, a story as heart breaking as it is heart warming."

—Sensual Reads, on “Designs of Desire”
“The writer did an excellent job with the characters, they are likable and perfect. Not perfect in the way that they have no flaws, but in a way that they grab you and complement each other.”

—Love Bytes Reviews, on “Temptations of Desire”
Posted by Unknown at 6:00 AM