Loving Without Limits by Lexi Ander

The Music Of Cowboys, Lycans, and Sumerian Gods

I would like to thank Dean for hosting me today. I'm taking you for a fun behind the scenes look at the making of Twin Flames.

Whew! I did all that research on the Sumerian pantheon and the Epic of Gilgamesh only to place Tristan and Ushna in western Oklahoma… on a ranch. The concept sounds weird but it works for the story. The Lycans do have their own distinct culture but they aren't so far removed from everyday society not to be able to fit in.

I did keep their origins in mind when I wrote certain portions so the music mix was eclectic. Probably the weirdest part is that I didn't use any country music. Nope, not one song.

Twin Flames Fact: I grew up near Amarillo, Texas, not far (by Texas driving standards) from where I placed Clearwater in Oklahoma.

I choose music to set a mood but I don't always listen to the lyrics. It's the tone, the melody more than anything that sets the stage for the scenes. Unfortunately, my iTunes crashed once, taking all my different playlists with it. I had to rebuild the playlist from scratch. Here's a short list of what I played while writing.

Adelitas Way – Cage The Beast
Anya Marina – Satellite Heart
Apocalyptica – I Don't Care
Art Of Dying – I Will Be There
Audio Slave – Like A Stone
Band of Skulls – Friends
Better Than Ezra – Desperately Wanting
Breaking Benjamin – Dance with the Devil
The Calling – Wherever You Go
Daughtry – It's Not Over
Finger Eleven – One Thing
Foo Fighters – The Pretender
Godsmack – Touche
Joss Stone – Put Your Hands On Me
Korn – Coming Undone
Life House – All In
Metallica – The Unforgiven
One Republic – Made For You
The Script – Breakeven
Secondhand Serenade – It's Not Over
Shinedown – The Crow & The Butterfly
Sixx:A.M. – Lies of the Beautiful People
Skillet –Awake and Alive
Stone Sour – Zzyzx Rd.
Train – Ordinary
Dashboard Confessionals – Vindicated

For a complete playlist you can check out my YouTube Twin Flames Playlist. (https://www.youtube.com/playlist?list=PLU7geBUYe-4xRifBksVER7goMnkVEGvGP)

Thank you for stopping by today! Don't forget to enter the giveaway and identify today's Twin Flames fun fact. Tomorrow the winners of the giveaway will be announced on my blog.

Have a great weekend!! 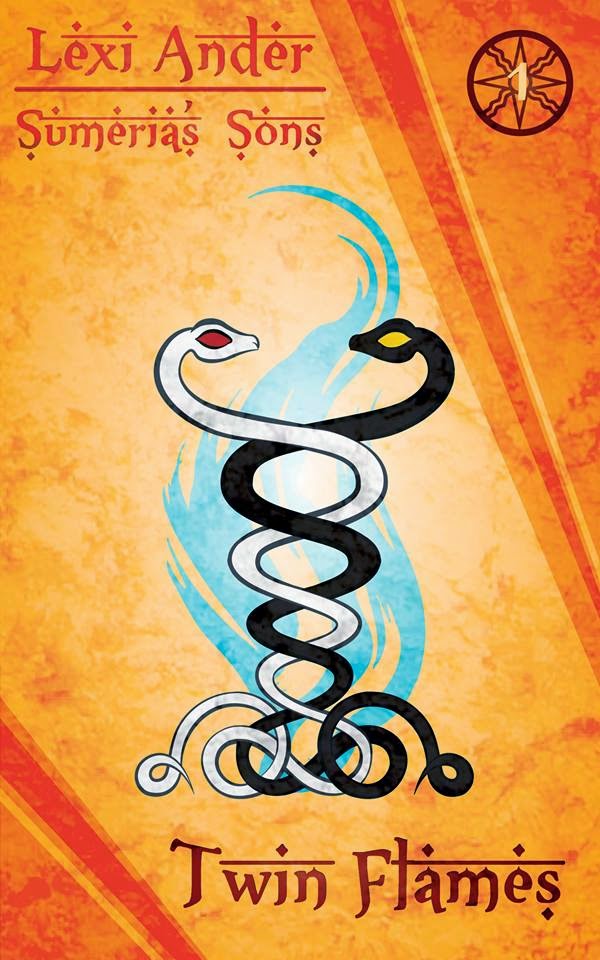 A Lycan descendant of Gilgamesh and Enkidu, Tristan is not as extraordinary as his ancestors. He is an average warrior, unremarkable throughout. But this fact does not trouble him because he has found his Twin Flame, the one person destined to be his, who will love him unconditionally, life after life.

Then his Flame betrays him, leaving him shattered and dying. Brokenhearted, Tristan dissolves the sacred bond and leaves. His best friend, Ushna, accompanies him, vowing to guard and protect him, and Tristan slowly comes to realize that love does not require a sacred bond.

But if he hopes to keep the love he chooses, they will first have to survive ancient secrets, lies, mythical creatures, and the return of absent gods...


Available in both paperback and ebook.

Excerpt:
My elbow was grasped in a hard grip, and Ushna whispered harshly into my ear, "It's time to go home."

This was new. I raised my hand to wave bye to Randy and the guys as Ushna jerked me out the door. The drive home was tense and quiet, but I waited to see where this would go. The closer we got to the house with nothing said, well, let me just say I was cussing up a storm in my head.

As I got out of the truck, Ushna grabbed me by the arm, again. "What in the hell do you think you're doing?"

He was angry, angrier than I ever remembered seeing him. His lips were pressed into a thin line, his eyes sparked with fire, and the tension came off his body in waves. Only a fool would miss the signs.

"What do you think I'm doing, Ushna?"

"The hell if I know anymore, Tristan. You're walking around here practically naked, shaking your ass at anyone who will look. Getting groped all over the dance floor by those women―was there a woman who didn't put her number in your pocket? I've never known you to act like a slut before." Ushna said the last with so much disgust it stung.

And I thought I didn't have any pride.

I stepped closer to him and looked up into the green eyes that I loved. "I wasn't shaking my ass just for anyone, Ushna. I was shaking it for you, you fool."

With both hands, I grabbed his hair, pulled his face down, and kissed him like I'd wanted to kiss him all this past week. I kissed him as if it was the only kiss I'd ever get from him, because I knew now, he didn't want me, not like I wanted him, so this was the only kiss I was going to get. I made it good. I savored his lips, tasted him, and tried to memorize him.

When I pulled away, I glanced at his round, shocked eyes. I gave him my best crooked smile and a friendly pat on the shoulder, attempting to convey without words that I was sorry and everything would be all right. I didn't think I could've spoken at that moment, so I turned around and sprinted up the steps into the house.

I didn't go to my bedroom, because I didn't want to be in the house, so I strode straight out the back door, shedding my clothes as I went. The screen slammed shut right before I submitted to the wolf.

Disappointment and sorrow overwhelmed me, and I needed to run off the emotion as much as I could before returning back to the ranch. I'd known there was a possibility Ushna didn't see me as anything more than a friend. I'd hoped for more, I'd gambled on it and lost. As I chased stringy jack rabbits, I attempted to convince myself it was okay. I didn't have to have Ushna in my bed to love him. I'd love him any way he'd let me. So I hunted rabbits and chased a coyote out of my territory. I rolled in the dirt, snagging a burr or two in my fur that took forever to scratch out before I headed home.

Ushna waited for me on the porch. He was leaning against the frame of the back door, his face in shadow, arms crossed over his chest. It was a good thing I'd brought a peace offering; I dropped the rabbit at his feet.

Padding to the door, I hoped he'd open it for me because I really didn't want to talk to him right now. As far as I was concerned, breakfast was early enough for the discussion. But he didn't move, making it plain that if I wanted to go in, then I'd have to change back.

Transforming into my human form, I opened my eyes, crouched naked on the porch. I'd never wanted to cover up my body more than I did in that moment. Feeling vulnerable and exposed, Ushna stared as I stood and went to the door. I was determined to get to the relative safety of my room.

I interrupted him. I really, really didn't want to have this discussion now, when the pain of his rejection was still so close to the surface. "It's fine. We're fine, it's okay." I reached for the door knob and Ushna grabbed my hand.

"Damn it, would you stop for a minute," he growled.

All right then, we would have a chat now. I pulled in a breath and looked up at Ushna. "Okay."

"I didn't know you were trying to get my attention. You've always shied away from touching me, so I didn't think you'd ever be interested, I thought there was something about me… "

"No, Ushna, it wasn't you. Any touch hurt. I'm so sorry. I didn't mean to hurt you. You have to know I'd do anything for you." My chest hurt, but I refused to reach up and rub it.

"Is that what this is, you doing something for me?" His voice was low, guttural, his eyes searching my face.

"Goddess, no," I breathed, taking a step closer to him, my hand still in his as the other reached for his waist. "This is me wanting to love you."

This time he kissed me. No, he didn't simply kiss me. He devoured me, and Goddess help me, I let him. 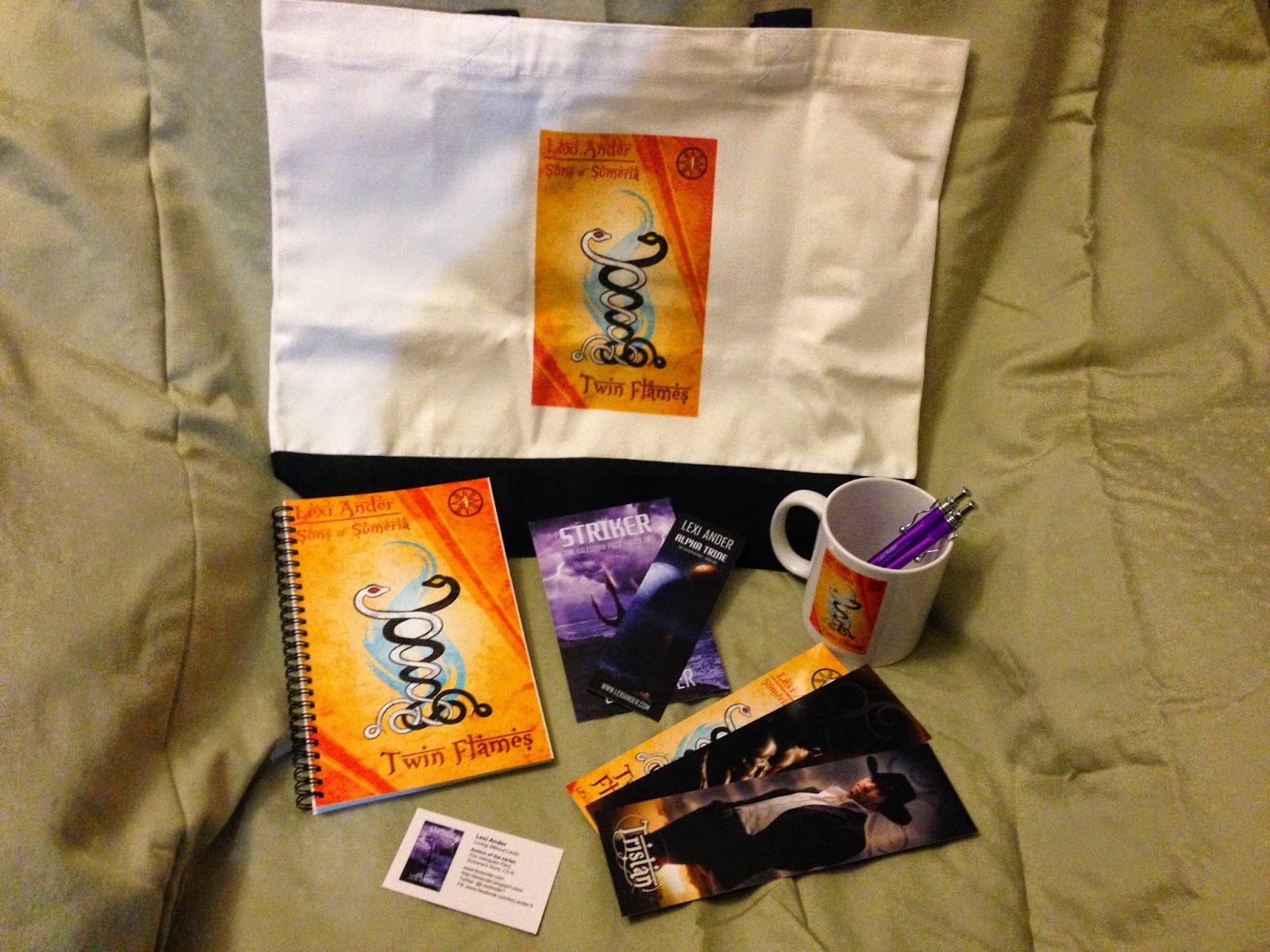