Bad Dogs: Villains and Other Lovers 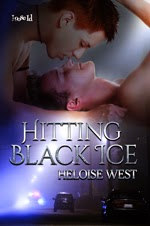 So excited to have Heloise West talking about her latest release on the blog today!

Thanks, Dean, for having me here today!

In real life, we all have to deal with unpleasant characters. When really bad things happen, and we read about it, after the who, what, where, and how—then comes the why.   We need to understand the motives of people who commit crimes from robbing the local 7-11 to the murder of a spouse to mass murder. They might be our friends or family or neighbors. But we need to know: Why did they do that?

Pick up any mystery/suspense novel and the motive for the crime, the search for the why, drives the plot. Characters come and go and influence the plot, but the story’s path leads to the why. Answering why usually unlocks the ending, a confrontation/confession of some sort. Answering why will also unlock the key to the villain’s psychology.

In fiction, the reader needs to feel satisfaction with the explanation of the why. Most paranormal stories follow this path, too. Unlocking the reasons for the hauntings helps to resolve the story. I just read Rhys Ford’s “Duck, Duck, Ghost,” a perfect example of this. (And, ugh, creepy toys and dolls! Great story.)

How do you make your antagonist three-dimensional, not a cardboard cutout default villainous character? We have tons of cultural references for the villain: psychopaths and players, mobsters and unhappy spouses, spoiled rich kids suffering(!) from afluenza.

To back up a bit, I am thinking on Romance terms for the most part. Romantic mystery and suspense, where the villain manages to keep the lovers apart or turned against each other.

In the romantic suspense novels of my youth, the heroine sometimes had to choose between two men; one was the hero and one the villain behind all the badness in the story. Closer and closer to solving the mystery and trying to work out whom to trust. Getting under the mask of the villain in order to reveal his motives and toward resolving the story.

In my trunked medieval mystery, I had the village saint murdered on the only road out of town. It’s actually based on a true bit of history I came across about a village in France in the middle ages, whose resident saint had tried to leave them. My actual murderer had a long story to tell.

I basically stepped into his shoes and wrote some of the story from his point of view. He ended up being very compelling, and I almost used him in the narrative. It seems a simple thing, but it’s not. I had to dig deep to find the place where I could let a murderer inside my head, and I was glad to be done with him.

Not every villain in Romance is that dire of a character. Your Romance antagonist may put up roadblocks simply because he or she is jealous, selfish, or greedy.

In Romance, we find more antagonists who need redemption rather than prosecution. D in Jane Seville’s “Zero at the Bone” or the incompetent Dom in Alex Beecroft’s “Shining in the Sun.”

Here are some links about writing villains I hope you find helpful:

Standing in line at the coffee shop, Hunter called Shawn and left a message for him. Unlike the Laundromat, the Starbucks was always busy. He clicked off, making a mental note to recharge the phone. The man ahead turned around and looked at him.
“Sorry.” Hunter shrugged and pocketed the phone.
“Doesn’t bother me. I just—” He stopped himself with a smile and turned back.
His eyes were a color Hunter had never seen before, so light brown they were tawny gold, and his hair was so black-brown it was nearly the color of espresso. A little taller than Hunter, he carried his jacket over his arm, and the bulging muscles beneath the white silk T-shirt had definitely been grown in a gym. Hunter got a whiff of blue from that weak spot of his for the law.
When the man got his coffee and change, he turned around and smiled right into Hunter’s eyes before moving away. Definitely blue. And gay. Oh Lord, those tiger eyes…
“Sir?” the barista asked.
“Uh, yeah.” Hunter ordered coffee and a sandwich and checked his watch. Two o’clock. Would Shawn eat? Should he order another sandwich? He didn’t even know what Shawn liked. He did have food to pack up in the fridge and some to throw away. Maybe muffins for the muffin man. He ordered two with chocolate chips, smiling at the thought of Shawn. Still smiling, he grabbed the bag and coffee and turned to leave. Tiger Eyes was sitting at a tall table, long legs in black jeans stretched out in front of him, as he leaned forward on his elbows. He caught Hunter’s attention again as he started to walk past, and said softly, “Hey?”
Hunter stopped, blushing. How embarrassing. Tiger Eyes thought Hunter’s smile was for him. He held up the bag of muffins. “Bringing these to the boyfriend.”
“So? Sit. Laundry can wait, can’t it?” He had a lightly mocking tone.
Oh, like that, was it? He’d seen Hunter in the Laundromat. He wore a light, crisp citrus cologne, and his skin was tanned and a little weathered. Hunter thought maybe those cheekbones were Native American or maybe Celtic. Or both.
Hunter shook his head, but he did hesitate, and Tiger Eyes saw it. He pulled an empty chair over with a scrape of metal that made everyone in the room look over at them. Patting the seat, he raised his eyebrows in invitation.
“Thanks, but no, thanks.” Hunter headed out the door, worried now that Shawn was waiting for him or that Tiger Eyes would follow. He felt the guy’s hot gaze on his ass as the bells on the door chimed.
Alone in the Laundromat, he added more time to the dryers, ate the sandwich, and drank the coffee. The jeans were still damp, but he whipped out T-shirts and underwear as they dried, and then socks and flannels.
Waiting for the jeans, he checked the time again. More than an hour had passed beyond the agreed meet-up time. Where was Shawn? Hunter called him, got his voice mail, and left a message: “Come on, move your muffins.”
Maybe he went back to the apartment? He didn’t have a key, and he’d be waiting outside in the cold. Hunter ate one muffin, folded finally dry jeans, and then called again. “I’m going back to my place. Meet me there. Laundry’s done.”
He still needed to gas up the car, grab music and food, check the emergency kit in case of trouble, and stop at an ATM. By the time he got to his place, and Shawn had neither called nor showed up, Hunter began to worry. Had Shawn called home again? Lost track of time? Should Hunter go over there? What if they missed each other?
“Shawn, it’s getting late. Where are you?”

Find out where Shawn is here: http://www.loose-id.com/hitting-black-ice.html