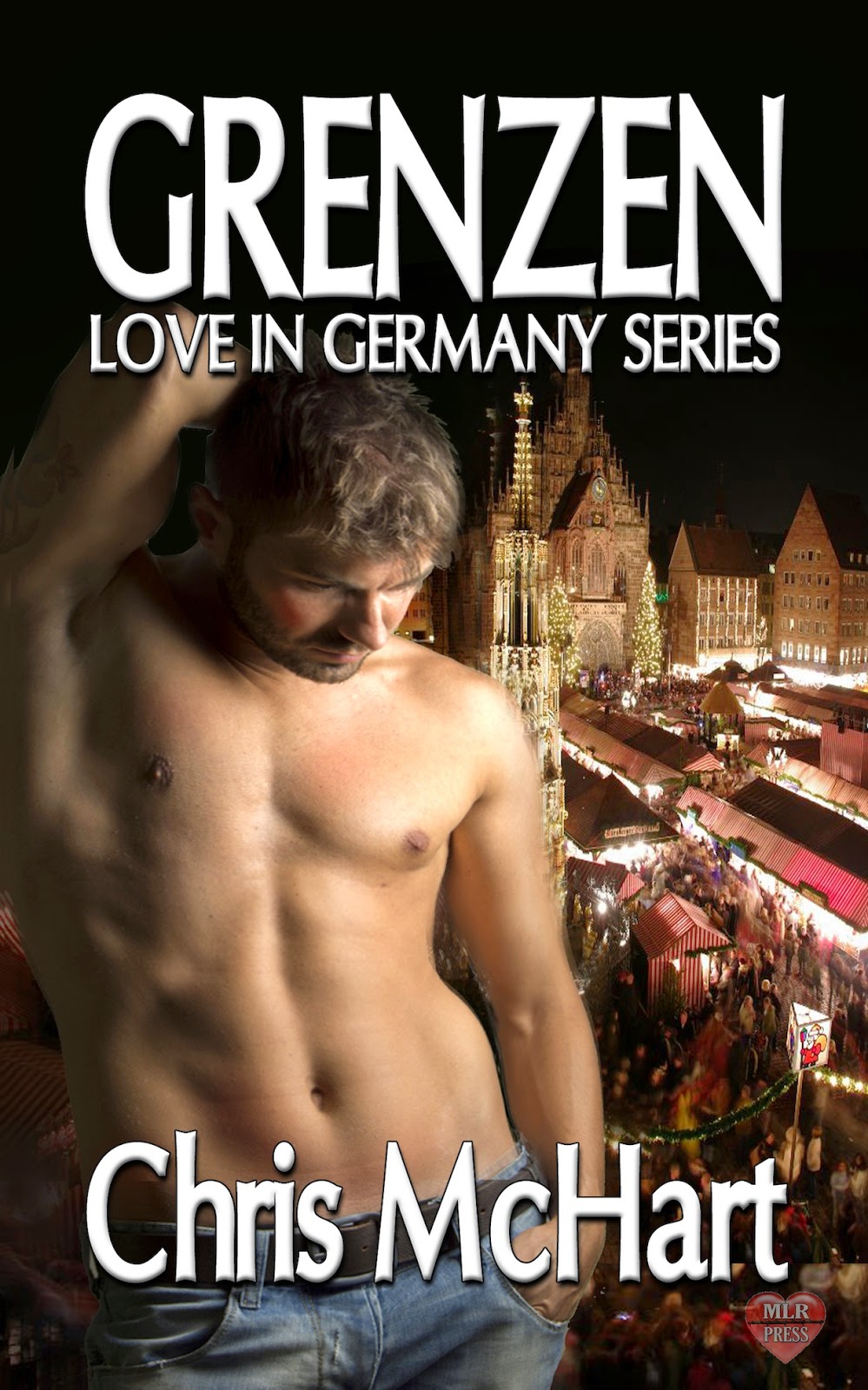 When work requires Ryan to leave behind warm and sunny Arizona for cold and snowy Germany, he decides to visit the famous Nuremberg Christmas Market where he meets sexy Julian.
But Julian isn’t an average guy, he’s a Dom. And he wants Ryan to be his sub.
That’s something Ryan has dreamt of, but never admitted to anyone, not even himself. With Julian it suddenly becomes possible.
But what happens once Ryan has to go home, especially since he’s developing feelings for Julian?
There isn’t a future for a relationship if you’re half a world apart…

Excerpt:
A sausage seller’s stall caught my eye. Or rather, the seller did, and then the aroma hit me. My mouth watered just thinking of tasting some of the delicious smelling sausages roasting in front of him. This time, I wriggled through the crowd, determined to take a closer look at the guy preparing the food. He was young, about my age, with dark, tousled hair and a sexy smile.
The line wasn’t too long, and before I had time to figure out what exactly to say with my limited German vocabulary, it was my turn.
“Hallo. Was darf’s sein?”
I was pretty sure the guy had asked what I wanted to eat. “Hello. Ein—” What the hell was that word? I searched for a price chart. Bratwurst. Great. That helped a lot. Was it spoken the same way as in English? I had no idea.
“Oh, you speak English? You want three sausages in a roll?” he asked in good, although slightly accented English.
“Uh, yes, please.” Heat crept up on my face. The guy grinned at me and prepared my food. Up close the aroma of the sausages was even better, a tantalizing grilled scent mixed with something I couldn’t define. I could almost taste them before I even had my order.

Chris McHart is from Germany and while an accountant, writing is Chris’s real passion. Chris likes to spend time with family and has way too many animals that demand constant attention. Chris also enjoys landscaping and cooking.
Whenever Chris has a free minute, it’s spent writing on a laptop, a cup of coffee in hand, deeply lost in the world Chris’s muses have created.
When coming up for some air, you’ll find Chris on a lot of social networks. Check out Chris’s website to see where you can find out more. Chris looks forward to hearing from you!
Web: www.chrismchart.com
facebook: https://www.facebook.com/profile.php?id=100008256641886
twitter: https://twitter.com/chris_mchart
google+: https://plus.google.com/u/0/107541761558868120374/