Lead Me to You by Kate Lowell 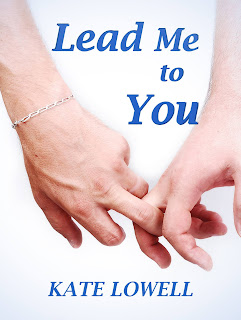 Who takes their claustrophobic boyfriend spelunking for his birthday?

Henry can't say no to Jaime. So, despite his misgivings, he lets Jaime lead him into the bowels of the earth for a surprise. In the intimate dark, he discovers that his love for Jaime is stronger than his fear of imminent death at the hands of Mother Nature.

And Jaime has an ulterior motive that will make all the hyperventilating worth it.


Bio:
Kate lives on the east coast of Canada, in an old farmhouse in the middle of nowhere. She has two horses, both of which have medical issues, and three cats, all of which have mental issues. She refuses to get a dog, because who knows what would be wrong with it?

Kate loves to read and write (and it's a darn good thing, because she wouldn't be much of an author if she didn't, would she?) She also likes playing with computers and is considering going back to school to do a programming degree, just for giggles. Or the opportunity to take over the world. (Oh, who are we kidding? Think of all the work that would mean.) She also likes pictures of pretty men and keeps many of them on her computer. (The pictures, not the men.) She would dearly love a cabana boy to mow her lawn and maybe rub her shoulders after a long day of making men fall in love with each other, then cackling evilly and raining frustration and danger on them.

Email ThisBlogThis!Share to TwitterShare to FacebookShare to Pinterest
Labels: Kate Lowell, Lead Me to You