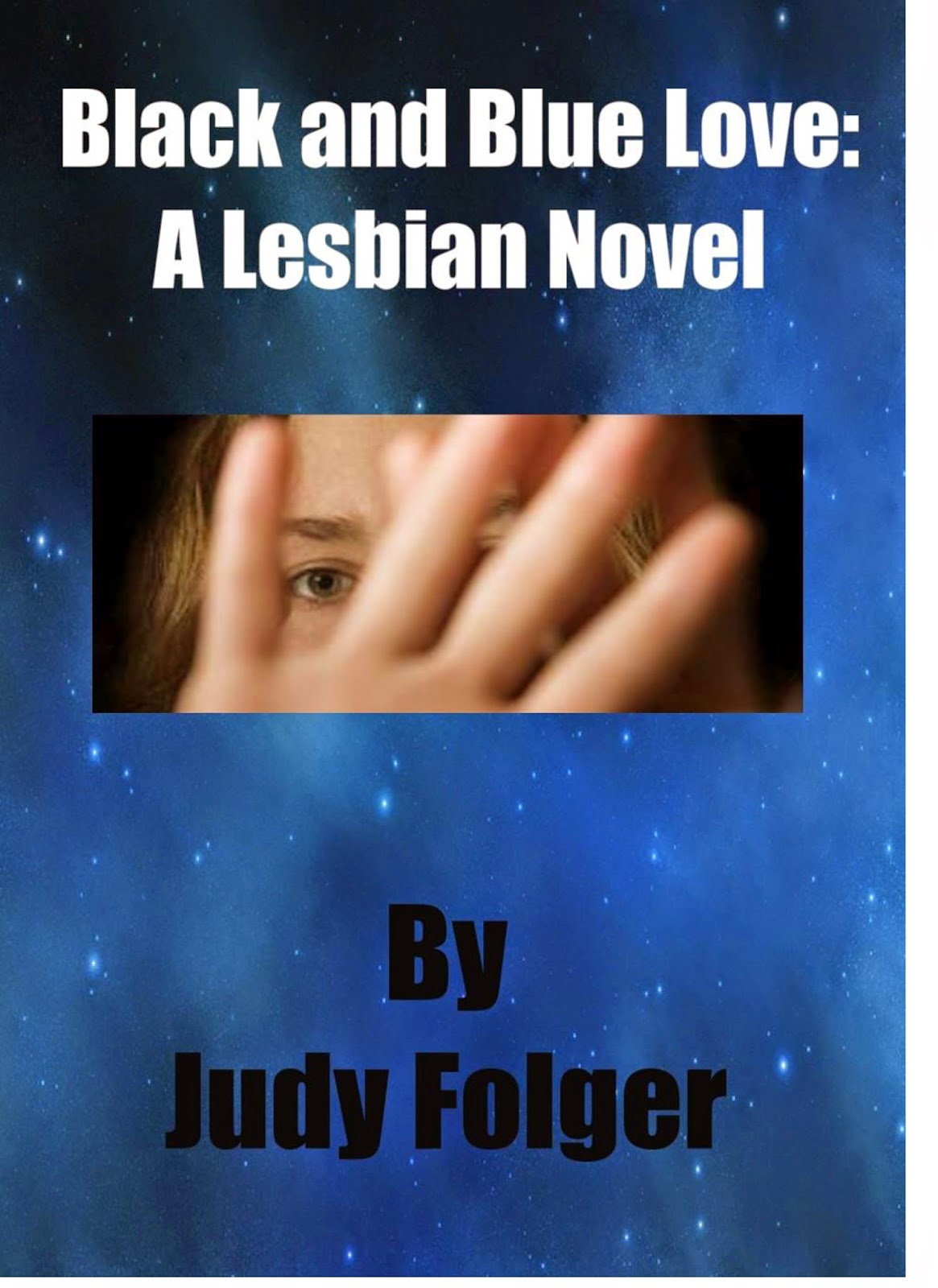 I'm excited to have Judy Folger on the Book Blog today. Here are her thoughts on wrtiing Black and Blue Love:


I have always been interested in the social sciences—people, places, and things. Because I am a woman, I have always found the plight of women of special interest.


Very early in my life, I became aware that women in our society were often treated as second class citizens. For instance, I realized that my brothers, just because they were boys, had more freedoms than I did as a girl. They got to stay out later. They got to take part in more fun activities. They were excused from doing work around the house that I was expected to help with. I didn’t need Gloria Steinem to tell me it wasn’t fair.
I’ve always been a reader, not only of fiction, but, of nonfiction as well. As the years went by I became more and more aware of the abuse of females.  Abuse came in many forms: disrespectful behavior such as name-calling or spreading malicious gossip, verbal such as belittling someone, financial, and physical.
When I reached the time in my life when I could finally return to my love of writing, I found a story whirling in my head about lesbian domestic violence, a subject I had never read about.
My interest in this story started when a friend and I were visiting about domestic abuse and the fact that she had, at one time, been a volunteer for a domestic abuse hot line.
She mentioned during this conversation that she had experienced a call from a woman who was seeking help because she was being physically and emotionally abused by her lesbian partner.
As we talked more, we realized that, outside of textbooks such as Violence in Gay and Lesbian Domestic Partnerships by Claire M. Renzetti and Charles H. Miley, neither of us had ever a read anything about lesbian domestic violence.
My thoughts and imagination couldn’t leave the subject alone.  Thus was born the book, Black and Blue Love.
Of course I did some research on the subject and found that it is believed lesbian domestic violence is every bit as common as heterosexual domestic violence…we just don’t hear about it.
When Black and Blue Love was published on Amazon, it took off like a light.  Apparently the subject was of interest to a great many people, especially women who could identify with it.
Since its publication, Black and Blue Love has continued to be my best seller each month.  In spite of all the gains women have made, it seems that sadly, information on lesbian domestic violence is still relevant to today’s society.

Goodreads Link: https://www.goodreads.com/book/show/18928227-black-and-blue-love?from_search=true
Author Name: Judy Folger
Author Bio:
A proud member of the lesbian community, Judy wrote her first book after she retired and hasn’t looked back since. Her books tell the stories of women in love who fight to overcome real-life problems. Judy was born in Oklahoma and grew up in Wichita but now lives in Merriam, Kansas. She has a son who also writes and a daughter-in-law who does paranormal investigations.
Where to find the author:
Facebook: https://www.facebook.com/judy.folger.7?fref=ts
Twitter: https://twitter.com/Judy_Folger
Publisher: Judy Folger
Cover Artist: Judy Folger
Blurb(s):


After Kallie Moran's husband, Aaron, is killed in Iraq, Kallie asks her law firm to transfer her back to her home town so she can be close to her mother.

Bessie is loud and crass, and her sons make a lifestyle of rotating in and out of the county jail. The only Benson that Kallie has ever been able to tolerate is her cousin, Andi. Andi, too, once dreamed of getting out of Brookville, but unlike Kallie, she never quite made it.

Now an out lesbian, Andi drags her intimidated partner, Della, to local bars and out-of-control family affairs. Della seems so miserable that Kallie finds herself reaching out to this beautiful, fragile-looking woman who just doesn't seem to belong among the Bensons.

As Kallie and Della become friends, Kallie witnesses the verbal and emotional abuse Andi heaps on Della. Then comes the terrible night when Andi is no longer able to confine herself to words and slams Della to the ground, permanently scarring her face.

Della flees to Kallie for protection. In relative safety, she struggles to face the fact that she is a victim of lesbian domestic violence. She is also falling hard for Kallie, her rescuer.

Their love blossoms when Kallie risks her life to save Della from another of Andi's vicious attacks. But it doesn't take Andi long to realize she's been betrayed. Furious, drunk, and carrying her father's hand gun, she vows that this time she will REALLY make Della and Kallie pay.

Excerpt:
Della leaned into Kallie so that their bodies were pressed close together. Kallie finally did what she had been wanting to do since the day she met Della. She reached up and tangled her fingers in that glorious, unruly hair. She had expected Della’s hair to be coarse, but it was soft and warm in her hands.

Then Della’s hands found her breases, and Kallie remembered where they were and what they were doing. It took every ounce of willpower that she’d ever possessed, but she withdrew from Della, backing into the wall at the end of the step. “We shouldn’t do this,” she said in a voice so hoarse with passion she scarcely recognized it.

Della’s green eyes reflected hurt and confusion. “Why not?”

“Because you’re my cousin’s partner.”

Kallie tried to think of something to say that would ease things between the two of them, but no words came to her mind. All she could do was watch as Della walked out the door.