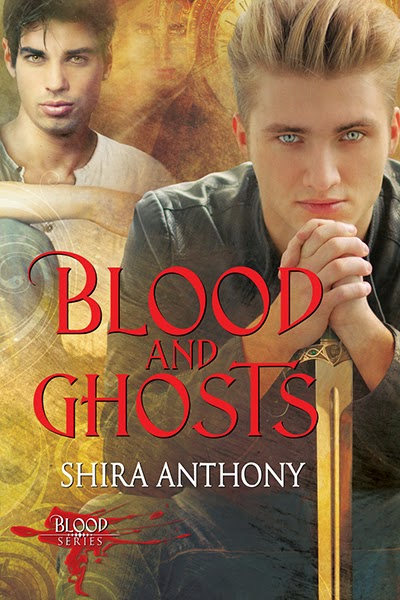 With vampire Nicolas Lambert’s marriage to a rival clanswoman only weeks away, Adrien Gilbert struggles to come to terms with his defeat at the hands of Verel Pelletier, a vampire hunter and an immortal like himself. Adrien and his former teacher, Roland Günter, begin to explore his newly acquired abilities. But without his soul’s sword, Adrien flounders.

On Nicolas’s wedding day, a two-hundred-year old secret is revealed, sending the wedding party into a blazing battle between hunters and vampires. Once again Adrien finds himself facing Pelletier’s superior strength. Just as Adrien believes all hope of a future with Nicolas is lost, he finally learns his true gift—he can turn back time. But time travel comes with a high cost. To save Nicolas, Adrien must become strong enough to use his power without descending into madness.
Pages or Words: Approximately 70,000 words/250 pages

Excerpt:
Adrien walked back onto the main street and over to the curb, where someone caught his eye. A man with short black hair walked toward him. Dressed in dark jeans, with a white shirt and dark wool jacket, he wore a single diamond stud in his left ear. A woman hurrying down the sidewalk dodged Adrien as he stopped, but the man behind him knocked him to his knees.
“Are you all right?” someone said with a hint of a French accent.
Adrien looked up into familiar brown eyes. Adrien inhaled slowly, hoping to head off the bloodlust that buzzed at the back of his brain. Heat tingled at the back of his neck, raising the hairs there. His palms felt suddenly sweaty. He felt sick. Not nausea—shock at seeing Nicolas here, realizing it really was Nicolas.
“Yes, I….” Adrien took the hand Nicolas offered and struggled back to his feet. The world spun and he grabbed Nicolas’s arm to steady himself.
“You’re not all right. You look ill. I should call an ambulance—”
“No ambulance.” Adrien righted himself. “I just need to eat something. It’s hotter than I realized.”
Nicolas glanced around, frowned, then said, “There’s a coffee shop at the corner.” He didn’t appear convinced by Adrien’s words. “Why don’t I help you over there?”
As if Adrien would object. “Thank you.”
Five minutes later they sat at a booth by the window, Adrien drinking coffee with a trembling hand. Adrien had watched Nicolas as they’d walked the short distance to the restaurant, his swordsman’s muscles straining against the fabric of his shirt. He looked only slightly older than he’d been when they met. “I’m sorry,” he said, coming back to himself and wondering why Nicolas was sitting with him when he could have left. “I must be keeping you from something.”
“No,” Nicolas answered. “In fact, I just came from a meeting. I’ve got the rest of the afternoon free.”
“I’m Adrien.” He forced a smile and set the empty mug down.
“Nicolas.”
“It’s good to meet you, Nicolas,” Adrien said in French. He drew another long breath and his heart slowed its gallop.
“Please call me Nico,” Nicolas said, also in French.

About the author:
Shira Anthony was a professional opera singer in her last incarnation, performing roles in such operas as Tosca, i Pagliacci, and La Traviata, among others. She’s given up TV for evenings spent with her laptop, and she never goes anywhere without a pile of unread M/M romance on her Kindle. You can hear Shira singing Puccini's "Tosca" by clicking here: http://www.shiraanthony.com/wp-content/uploads/2012/06/tosca-visse-darte-exceprt1.mp3

a Rafflecopter giveaway
Posted by Unknown at 12:02 AM