Cinder and the Smoke by Geonn Cannon 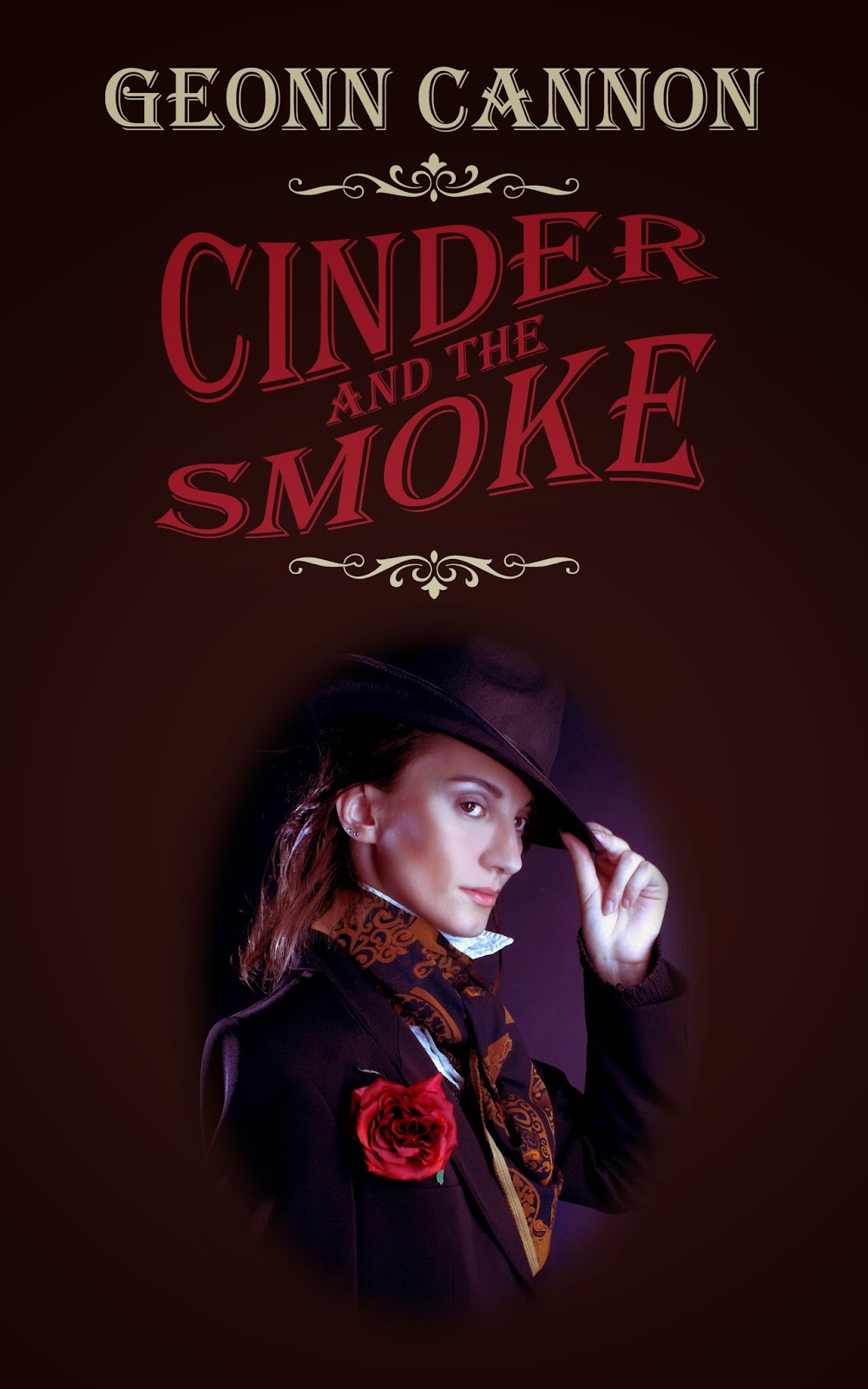 Cinder and the Smoke
By Geonn Cannon

Buy Links:
|| Amazon USA || Amazon CA || Amazon UK || Kobo || Smashwords || Barnes & Noble || || iTunes ||
Goodreads
Description:
In nineteenth century New York, safes aren’t living up to their name. A thief so wily, so impossible to capture the police call her “the Smoke,” has been targeting the wealthy. In reality, the Smoke is a woman named Kezia Cyr, a woman born in prison, stolen from her mother, and raised by runaways and pickpockets. When her emotions cause a job to blow up in her face, Kezia’s adoptive family scatters, and she is left to avenge those she’s lost.

The Smoke may finally meet her match in Pinkerton Agent Shelby Button, who earned the moniker “Cinder” for running into a burning building to capture a criminal. Button finds Kezia’s trail and refuses to let her prey go without a fight.

With a decade-old murder to avenge, Kezia will stop at nothing to correct her past mistakes, and Agent Button is willing to trek across the country to bring the phantom Smoke to justice once and for all.

About the Author:
Geonn Cannon was born in a barn and raised to know better than that. He was born and raised in Oklahoma where he's been enslaved by a series of cats, dogs, two birds and one unexpected turtle. He's spent his entire life creating stories but only became serious about it when he realized it was a talent that could impress girls. Learning to write well was easier than learning to juggle, so a career was underway. His high school years were spent writing stories among a small group of friends and reading whatever books he could get his hands on.

Geonn was inspired to create the fictional Squire's Isle after a 2004 trip to San Juan Island in Washington State. His first novel set on the island, On the Air, was written almost as a side project to another story he wanted to tell. Reception to the story was so strong that the original story was put on the back burner to deal with the world created in On the Air. His second novel set in the same universe, Gemini, was also very well received and went on to win the Golden Crown Literary Society Award for Best Novel, Dramatic/General Fiction. Geonn was the first male author to receive the honor.

While some of his novels haven't focused as heavily on Squire's Isle, the vast majority of Geonn's works take place in the same universe and have connections back to the island and its cast of characters (the exception being the Riley Parra series). In addition to writing more novels based on the inhabitants of Squire's Isle, Geonn hopes to one day move to the real-life equivalent to inspire further stories.
|| Website || Goodreads || Facebook || Twitter || Amazon ||